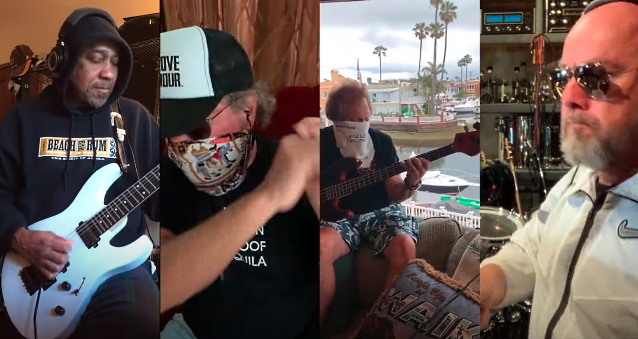 After previously connecting via their smartphones from four separate locations to lay down a brand new song titled "Funky Feng Shui", and a cover THE WHO's iconic track "Won't Get Fooled Again", they have now regrouped — in a virtual sense — to cover VAN HALEN's "Good Enough". Check out video of the performance below.

In a statement accompanying the YouTube release of "Good Enough", Hagar and THE CIRCLE said: "One more week in COVID-19 lockdown and SAMMY & THE CIRCLE continue to get their jam on. This week it's the Van Hagar classic 'Good Enough' that the CIRCLE was thinking of including in the set list for the next tour. What do you think? Stay Healthy. Stay Home. Stay Tuned."