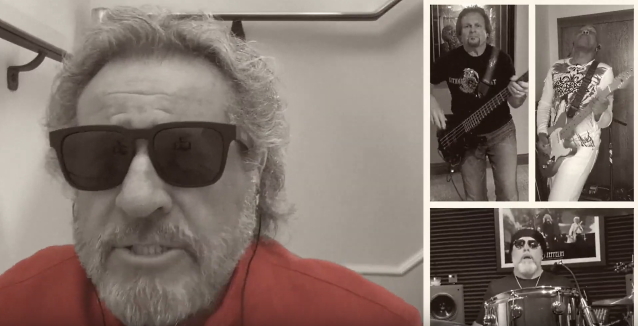 Sammy Hagar and his CIRCLE bandmates have once again teamed up via the Internet, this time to record a version of "Bad Case of Loving You (Doctor, Doctor)" is a 1978 song, written and originally recorded by Moon Martin, and sung a year later by Robert Palmer.

In a statement accompanying the YouTube release of the CIRCLE version of "Bad Case of Loving You (Doctor, Doctor)", Sammy wrote: "I always loved this song written and recorded by Moon Martin, and taken to the top by the one and only Mr. Robert Palmer. As we continue our @ Home Sessions, we hope be able to bring it to you live in 2021 #FingersCrossed #DoctorOrders #TheCure #LiveRockAndRoll".