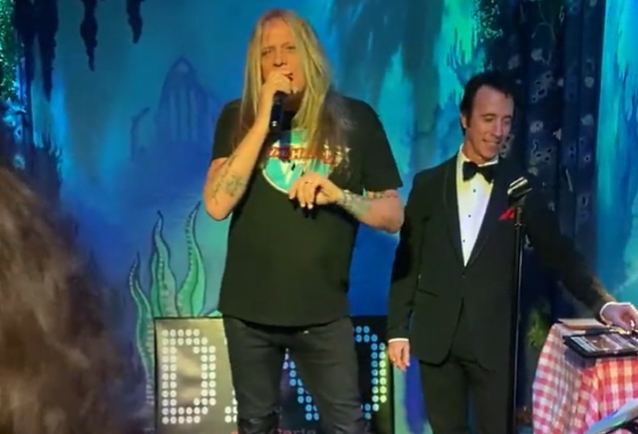 Sebastian Bach sang a cover of Frank Sinatra's version of "Night And Day", a popular song by Cole Porter that was written for the 1932 musical "Gay Divorce", at the 40th-birthday party of Mike Love Jr., son of THE BEACH BOYS' Mike Love, at The Golden Tiki in Las Vegas, Nevada.

After Sebastian's wife Suzanne posted video of his rendition, the former SKID ROW singer shared the clip on Twitter and included the following message: "Happy Birthday Mike Love Jr we had an awesome time at your 40th! I've always loved this tune by @franksinatra by way of @U2 . have a great birthday dude".

Happy Birthday Mike Love Jr we had an awesome time at your 40th! I've always loved this tune by @franksinatra by way of @U2 have a great birthday dude✌️ https://t.co/9hJgOqzTul