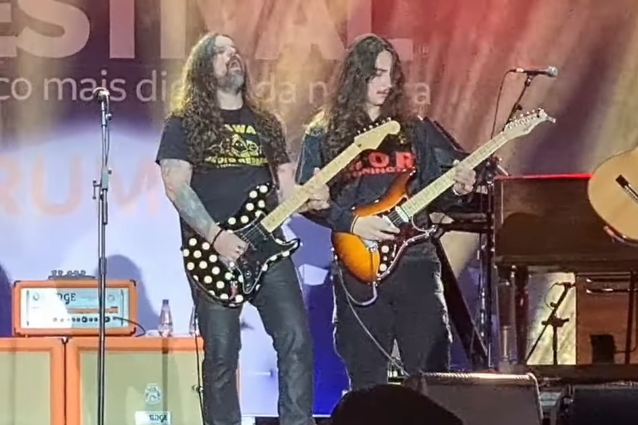 Video of KISSER CLAN, the project featuring SEPULTURA guitarist Andreas Kisser and his 24-year-old son Yohan Kisser, performing a cover of the METALLICA classic "The Call Of Ktulu" on August 7 at eFestival in São Paulo, Brazil can be seen below (courtesy of YouTube channel EuViajandoComVc).

As previously reported, Andreas rejoined his SEPULTURA bandmates on stage for the first time since the death of his wife on July 27 at the Festival de Inverno de Garanhuns in São José, Santa Catarina, Brazil.

Patricia Perissinoto Kisser passed away on July 3 after a battle with colon cancer. She had just turned 52 years old one day earlier.