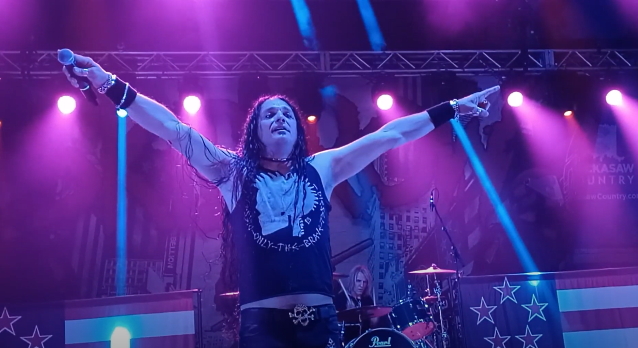 Fan-filmed video footage of SKID ROW's September 25 performance on the Chickasaw Country Entertainment Stage at the 2021 Oklahoma State Fair can be seen below.

Two months ago, SKID ROW celebrated the 30th anniversary of its classic second album, "Slave To The Grind", by performing it in its entirety at The Amphitheater at Rolling Hills Casino And Resort in Corning, California.

As previously reported, former SKID ROW singer Sebastian Bach is also celebrating the "Slave To The Grind" anniversary on a U.S. tour this fall. He is performing the LP in its entirety at all shows on the trek, which kicked off last night (Friday, October 1) in Grapevine, Texas.