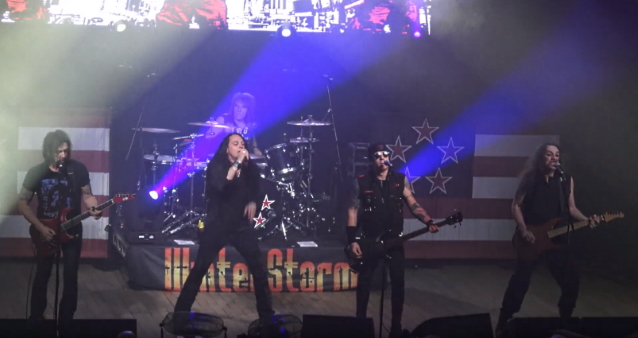 Rockfiend Publications Scotland has uploaded video footage of SKID ROW's November 29 performance at WinterStorm festival at Troon Concert Hall in Troon, Scotland. Check it out below (filmed by Martin Goulden).

Last week, SKID ROW guitarist Dave "Snake" Sabo confirmed to Paul Anthony of Planet Rock that the band is putting the finishing touches on the final chapter of the "United World Rebellion" trilogy, which will tentatively be released in 2020. The disc is being tracked at a Nashville, Tennessee studio with producer Michael Wagener, who also helmed the group's 1989 self-titled debut and 1991's "Slave To The Grind".

This past January, Rhino released a 30th-anniversary remastered digital reissue of SKID ROW's quintuple-platinum 1989 debut album, which featured the hits "Youth Gone Wild", "18 & Life" and "I Remember You". The reissue also includes "Forever", a b-side recorded during the sessions for the album that previously appeared on the 1998 greatest-hits compilation "40 Seasons: The Best Of Skid Row", and a 10-track live performance recorded on April 26, 1989 at the Marquee in Westminster, California. 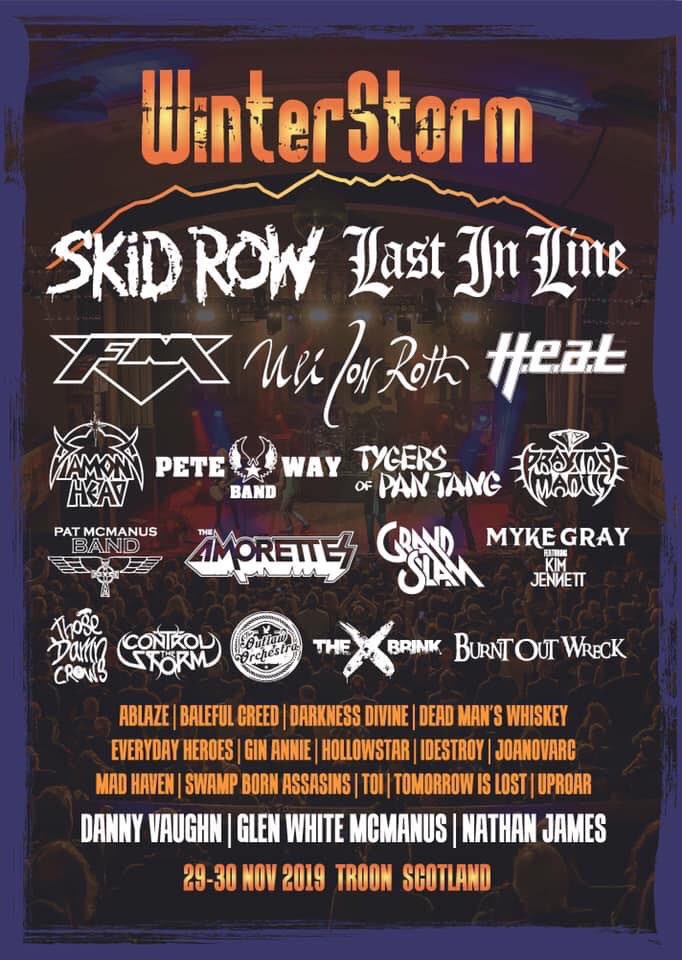