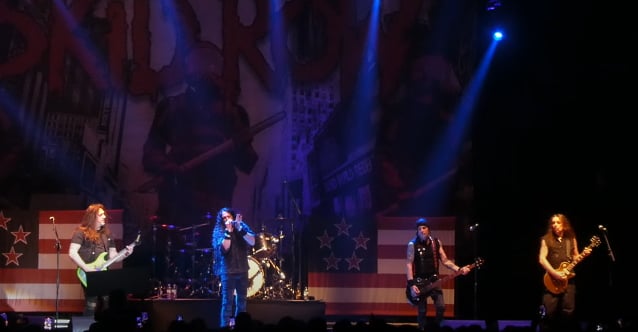 Fan-filmed video of SKID ROW's February 25 performance at Penn's Peak in Jim Thorpe, Pennsylvania can be seen below.

SKID ROW is continuing work on its long-awaited new album for a tentative 2022 release. The band is recording its new album in Nashville, Tennessee with producer Nick Raskulinecz, who has previously worked with FOO FIGHTERS, STONE SOUR, HALESTORM, EVANESCENCE, RUSH and ALICE IN CHAINS, among many others.

Come rock out with us this Friday with Skid Row - Warrant - and Ted Poley of Danger, Danger! 🎸🤘
Doors at 7pm / Showtime...