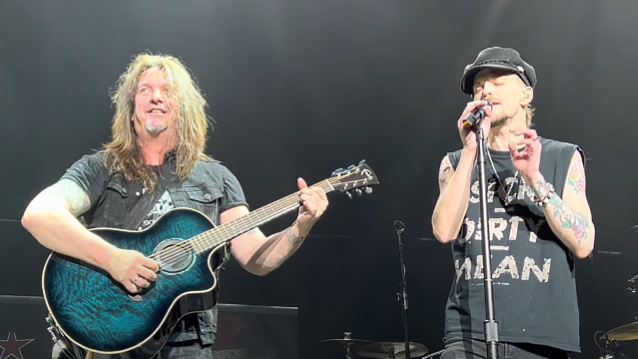 As was the case with the four previous shows, SKID ROW's nine-song set included its new single, "The Gang's All Here", which was made available last month. The song is the title track of the band's upcoming album, which will arrive on October 14 via earMUSIC.

Grönwall recently joined SKID ROW as the replacement for ZP Theart, who had been in the group for more than six years.

SKID ROW, which played its first show with Grönwall on March 26, recorded "The Gang's All Here" in Nashville, Tennessee with producer Nick Raskulinecz, who has previously worked with FOO FIGHTERS, STONE SOUR, HALESTORM, EVANESCENCE, RUSH and ALICE IN CHAINS, among many others.

SKID ROW bassist Rachel Bolan discussed Grönwall's addition to the band in a recent interview with Meltdown of Detroit's WRIF radio station. Asked about the "stresses and challenges of bringing a new singer into the band," Bolan said: "It is a challenge and you're under a microscope for sure. This time was different, though, man; it's just different. His ability and his… just the way he does things and his work ethic is one I've never seen other than the four of us that are already in the band. He just doesn't stop until he gets things absolutely right. Whether it's his version, what he thinks is right, or what we think is right, he works hard — he works hard. And you can see why he had the success he did overseas because he's a really, really hard-working singer that takes care of his instrument and that takes pride in his craft."

Rachel also reflected on SKID ROW's first live performance with Grönwall, saying: "We all really wanted to get that first one under our belt, that first show as a whole. But we just were, like, 'Okay, let's do this, man.' 'Cause we had two days of rehearsal. We got together on a Wednesday and a Thursday, then we took a day off so he could rest his voice. And plus he's jetlagged by nine hours. And then we all got together and talked. And it was, like, 'Okay, let's try and get this rhythm of the pace of the show' and this and that. And then the first down beat hit, we were out on stage, and I just remember looking over at Snake [guitarist Dave Sabo] after Erik started singing, I look at Snake and he was just smiling. We're tough guys; we're not supposed to smile onstage… Honestly, dude, from the minute he opened his mouth… His timing is impeccable. We knew it was gonna be cool. And each show has gotten even better, 'cause we're learning each other's rhythm on stage. When I walked away from that show, I said to Erik, I go, 'This was show one. I cannot wait for show one hundred. It's gonna be amazing.'" 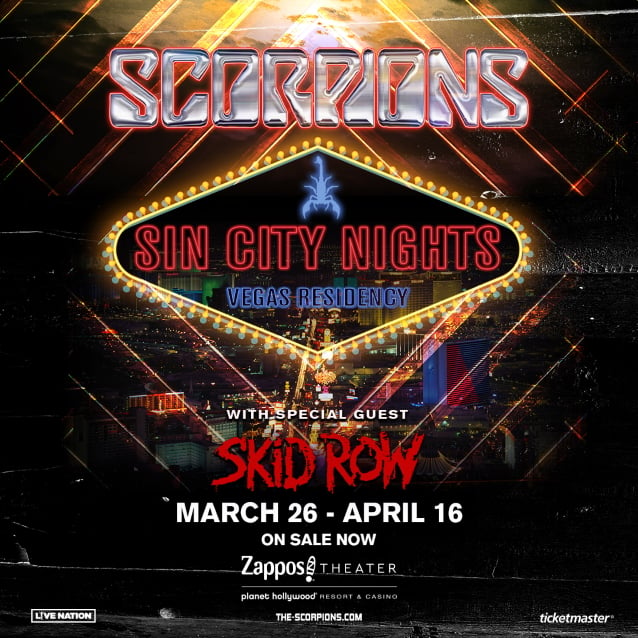