Capital Chaos TV has uploaded video footage of SKINLAB's February 11 performance at The Boardwalk in Orangevale, California. Check it out below.

SKINLAB kicked off a short southwestern run, dubbed "Brothers In Blood", on January 25 in San Diego, wrapping on February 3 in Harlingen, Texas. Support on the trek came from PISSING RAZORS and SHATTERED SUN. A five-date "No Sleep Till Cali" run launched on February 6 in Tucson, Arizona and ended on February 11 in Orangevale.

"Our boy has slithered right back into our lives, and we embrace him with open arms," said SKINLAB frontman Steev Esquivel

"Snake has always been a huge part of SKINLAB, making his debut on the 'Eyesore' EP back in 1998. That fan favorite has become a collector's item, and Snake's blood and spirit has been a constant fixture through every release we've done since."

In addition to rejoining SKINLAB, Snake remains a member of THE DEVIL IN CALIFORNIA, with whom he's been performing since 2015. 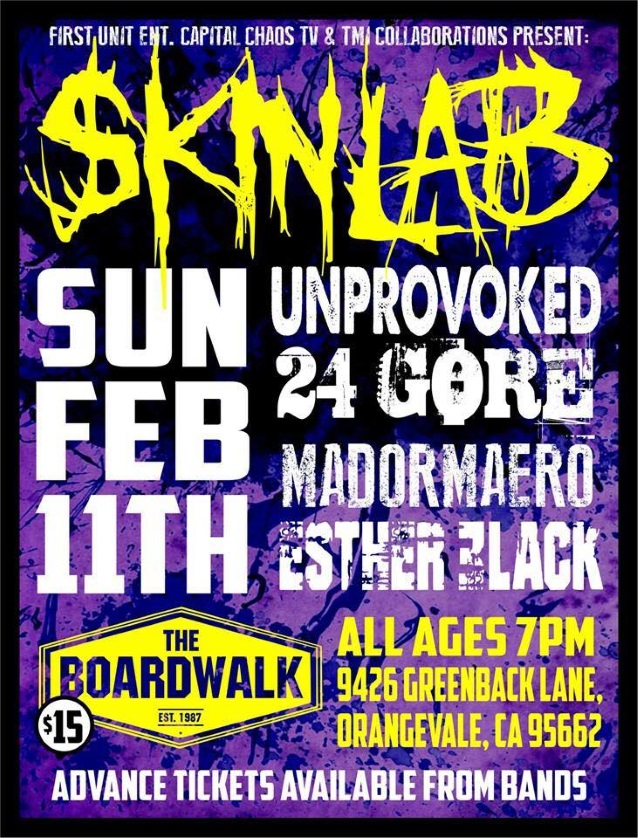