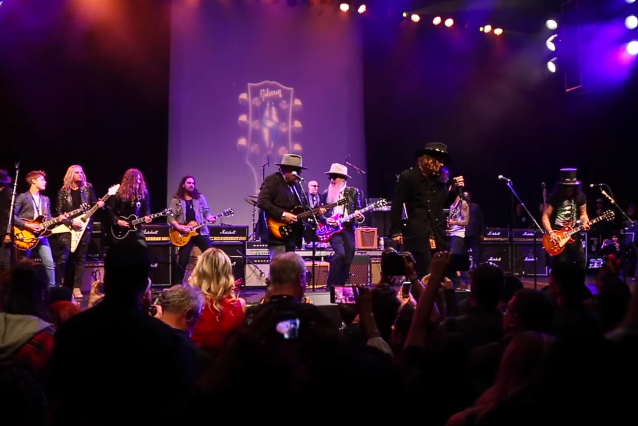 Slash (GUNS N' ROSES),Don Felder (EAGLES),Billy Gibbons (ZZ TOP),Richie Faulkner (JUDAS PRIEST),Lzzy Hale (HALESTORM) and Jared James Nichols are among the guitarists who took part in a jam at last night's (Thursday, January 16) "Gibson Live At The Grove", Gibson's opening party at Winter 2020 NAMM, at City National Grove of Anaheim, California. Video footage of the performances can be seen below (courtesy of The Music Zoo and VintageRock.com).

For the past 126 years, Gibson has been synonymous with creating and shaping sound. The new Gibson era celebrates the iconic models of the Gibson Golden Era while leaning into the future with instruments that nurture new players across generations, genders, and genres of music. In 2019, Gibson emerged as the legitimate leader again by offering new, relevant and award-winning guitars. Combined with a re-energized brand and renewed commitment from all Gibson artists, 2020 is set to take Gibson to the next level as they showcase the new lineup, launch history-making new collections and artist collaborations during Winter NAMM 2020.

Gibson has launched the first-ever Slash Collection. It includes four Les Paul and two J-45 influential Gibson guitars Slash has used during his career, inspiring multiple generations of players around the world.

"Working with Slash is an honor and to develop his new Gibson Collection was an incredible journey; Slash is a perfectionist and a guitar nerd like me, and his new Collection is a true reflection of him," says Cesar Gueikian, chief merchant officer of Gibson.

"Developing my new Collection with the new Gibson team has been really exciting," says Slash. "The quality and attention to detail is next level, and these new guitars truly reflect what I play live and in the studio. I think guitarists will be inspired by what we've put together." 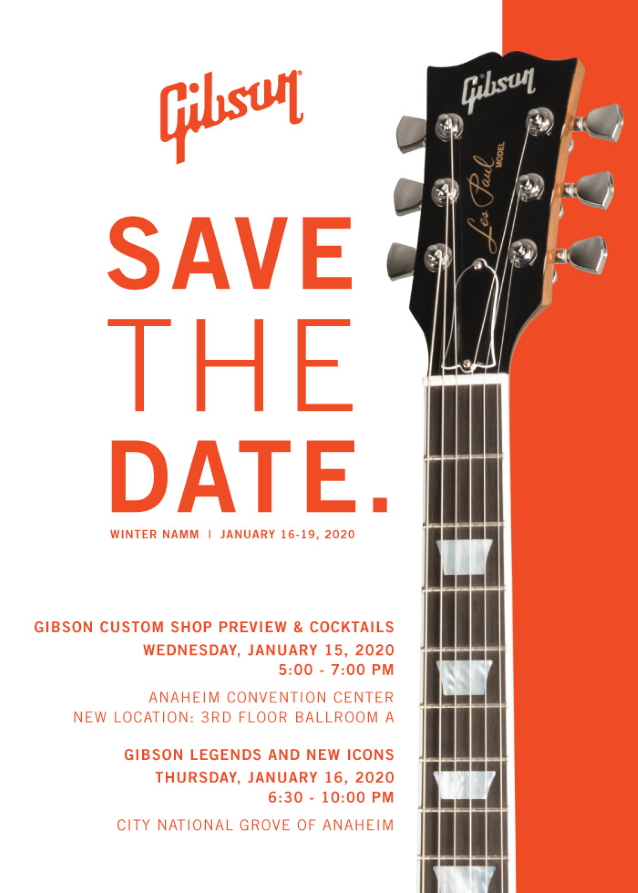