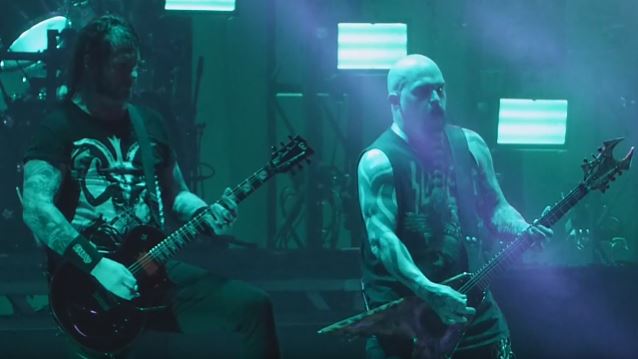 Fan-filmed video footage of SLAYER's September 18 performance at the Rock Allegiance festival in Chester, Pennsylvania can be seen below.

SLAYER guitarist Kerry King recently spoke to Jägermeister about when fans can expect to see the band's follow-up to 2015's "Repentless" album. He said: "We've got lots of leftover material from the last album, 'cause we wrote so much stuff, and we recorded a bunch of it too. If the lyrics don't change the song musically, those songs are done. So we are way ahead of the ballgame without even doing anything for the next record. And I've been working on stuff on my downtime. Like, I'll warm up and a riff will come to mind and I'll record it. I've gotten a handful of those on this run. So wheels are still turning. I haven't worked on anything lyrically yet except for what was done on the last record, so that's something I've gotta get on. But, yeah, 'Repentless' isn't quite a year old yet."

He continued: "There was a while I didn't consider… I thought maybe this record ['Repentless'] would be like Ozzy's first record, with 'Blizzard Of Ozz' and 'Diary Of A Madman', where they did both at once and put one out and then sat on the other one for a couple of years and put the next one out. But we didn't quite get that far, but there's plenty of stuff."

King added: "Me and [late SLAYER guitarist] Jeff [Hanneman] would usually write 'till we got around the ballpark of a record, and there might be two or three left over, but this time there's, like, eight left over. Plus a lot of ideas, like half-songs. Like, the first half a song will go with another half a song. So we might be inching up on ten songs already, when I get down and think about it, and that's very unique for SLAYER, and very cool, because can do a one-two punch on this record.

"We could probably start doing something at the end of next year, but, man, we've still got a lot of touring going on next year. So I'm guessing… What's this… '16, '17… I'm guessing it won't be '18 before we record anything."

SLAYER's seven-week North American tour with ANTHRAX and DEATH ANGEL kicked off in Cleveland on September 9. 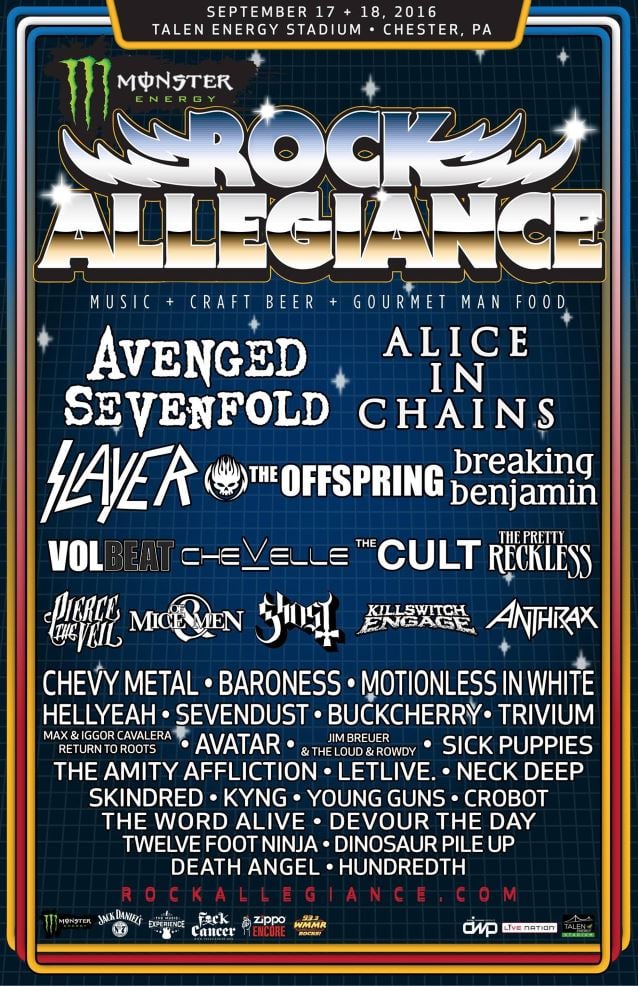