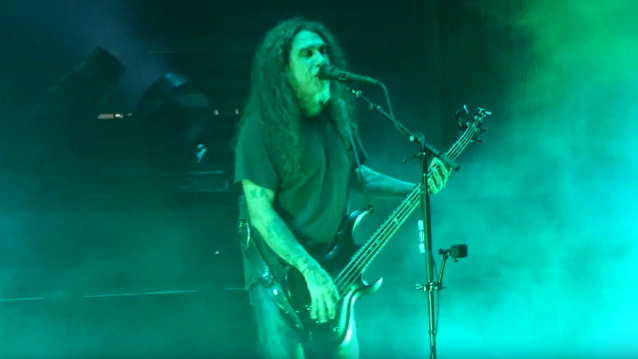 Fan-filmed video footage of SLAYER's November 6 concert at Giant Center in Hershey, Pennsylvania can be seen below (courtesy of YouTube user "Jim Powers").

SLAYER has just kicked off "The Final Campaign", the seventh and final leg of its farewell world tour. This last hurrah started at the ExploreAsheville Arena in Asheville, North Carolina, and will see the band taking its goodbye bow at the Los Angeles Forum on November 30. Accompanying SLAYER for this last ride are PRIMUS, MINISTRY and PHILIP H. ANSELMO & THE ILLEGALS performing a vulgar display of PANTERA, who are supporting on all dates.