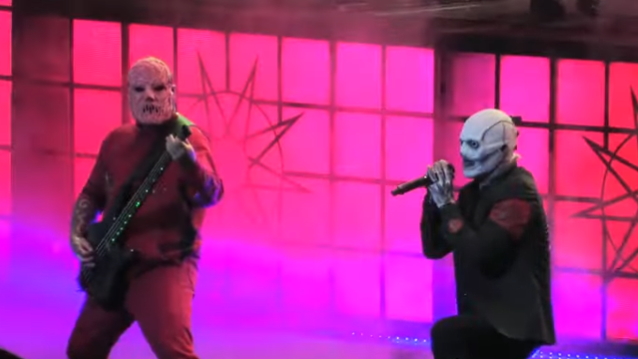 Fan-filmed video footage of SLIPKNOT's entire October 8 concert at Xfinity Center in Mansfield, Massachusetts as part of the band's headlining "Knotfest Roadshow" U.S. tour can be seen below.