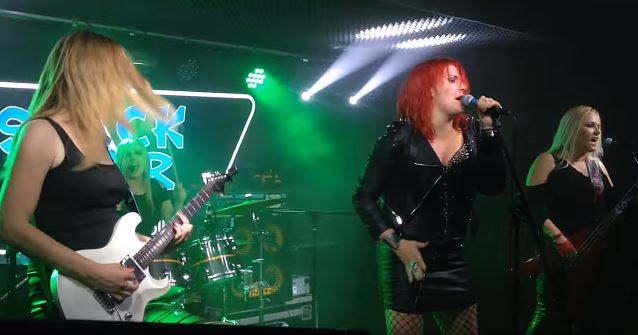 Video footage of the Slovenian all-female heavy metal band HELLCATS performing a cover version of the SCORPIONS classic "Rock You Like A Hurricane" can be seen below.

HELLCATS earlier in the year released a video for its single "I Am". The clip was filmed in Ljubljana at the local drift car ring and it is the work of the same director (Pedrag Rajčič-Perica) who helmed the group's video for the song "Demon Dreams".

"I Am" is the first single from HELLCATS' upcoming sophomore album, due in 2017. The band's debut, "Warrior Princess", came out in 2014 and was critically acclaimed in Slovenia and other parts of the world.

Sasha Zagorc (bass) formed HELLCATS with her sister Sonja Zagorc (drums) ten years ago. The band had to deal with quite a lot of criticism as the first all-female band on the Slovenian metal scene, but they just kept going and now have fans all over the world.

In early 2010, HELLCATS released their first single, "Heavy Metal", which appeared on their "Hellcats" EP the following year. Their second single, "Master Of The Night", was helmed by Davor Kontić and Grant Austin, known as producer of the band LAIBACH. Both songs appear on the "Warrior Princess" album, which was independently released by HELLCATS at the end of 2013 and distributed via CD Baby and iTunes. Two versions of the album were released — English and Slovenian. Dasha Makuc later replaced Ajda Kovačič on vocals after the release of the album.

Sasha told Metal Bulletin 'zine in a recent interview: "Heavy metal is quite well developed here in Slovenia; we have many bands and few festivals which is pretty good for such a small country (Slovenia has only two million inhabitants). On the other hand, having a metal band here is still mostly male occupation. When we had our first concert back in 2006, there were not any other bands like us in this part of Europe. We were the first and are still the only all-female metal band in our country. We have a lot of supporters now, but in the past, it wasn't easy, there were some skeptics who thought that women can't be as good musicians as men and that we should rather stay in the kitchen. But we just kept on going and grew stronger. Since then, we have released an EP and the full-length album. At the moment, we are working on new songs and having concerts here in Slovenia due to the promotion of our new single." 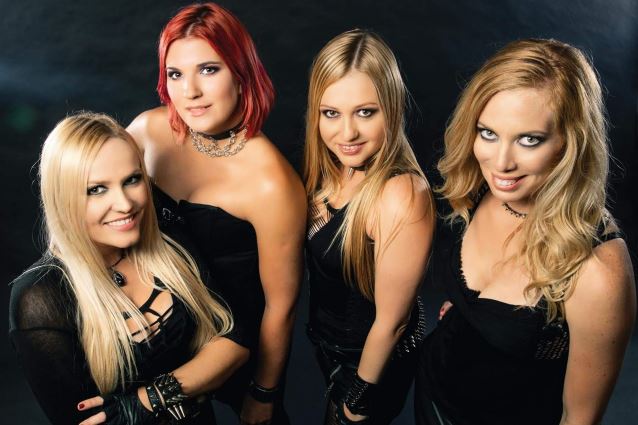