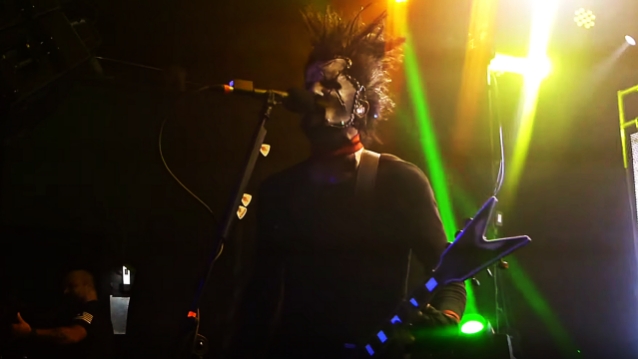 Fan-filmed video footage of STATIC-X's July 5 performance at Wally's Pub in Hampton, New Hampshire can be seen below.

While the identity of STATIC-X's touring singer has not been officially revealed, strong rumors suggest that DOPE frontman Edsel Dope is pulling double duty during the trek and performing with drummer Ken Jay, guitarist Koichi Fukuda and bassist Tony Campos.

STATIC-X is currently focused on finishing 12 tracks for "Project Regeneration", with almost all of them set to feature Wayne's lead vocals.

STATIC-X is in the process of finalizing a label partner in order to ensure that "Project Regeneration" will be promoted and distributed worldwide, just like all of the band's previous albums.

Last fall, STATIC-X released a teaser featuring clips from a brand-new music video, as well as five new STATIC-X tracks — "Road To Hell", "Something Of My Own", "Terminator Oscillator", "Hollow" and "Disco Otsego" — along with a personal message from Campos about the inspiration behind "Project Regeneration".