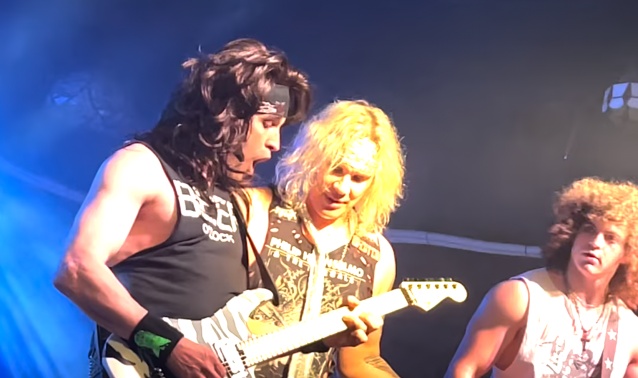 Fan-filmed video of STEEL PANTHER's March 13 concert at Dixie Roadhouse in Cape Coral, Florida can be seen below.

The first leg of STEEL PANTHER's "Res-Erections" 2022 tour kicked off on March 10 in St. Petersburg, Florida and will wrap up on March 26 in Dubuque, Iowa.

As 2021 brought the shocking news of the departure of their original bassist Lexxi Foxx, STEEL PANTHER announced the "Road To The Road" tournament to help them narrow the choices for their new bass player. Vocalist Michael Starr, guitarist Satchel and drummer Stix Zadinia, along with the public, whittled down the list of contestants to a manageable number out of the 1669 submissions. An announcement will be made public once the band finalizes their decision.

STEEL PANTHER has been hard at work at new material that will be released throughout 2022.

Five months ago, Lexxi — whose real name is Travis Haley — told Rocking With Jam Man that he hadn't spoken with his former bandmates since his exit. "I still talk to the singer a little bit; I have in the past," he said. "But I think that those scars and I think that the departure, the way that it went down, I think there's some sore spots. But that's tough for me to talk about.

During an appearance on a recent episode of the "2020'd" podcast, Satchel stated about Lexxi's departure: "We didn't want him to quit. Nobody wanted him to quit, including a lot of fans. I'm sure a lot of fans are very sad that he left. But he's the guy who left the band. I think he's got his own things he's dealing with, and he just wanted to go and do that. So, I don't know… I can't answer for Lexxi Foxx. But we will all miss Lexxi Foxx, and we all wish him the best in everything that he does. But we didn't fire him; he quit the band. So we're gonna have to move on and get somebody else who's younger and foxier and doesn't need as much Botox," referencing the drug doctors have been using for years to treat wrinkles and facial creases. 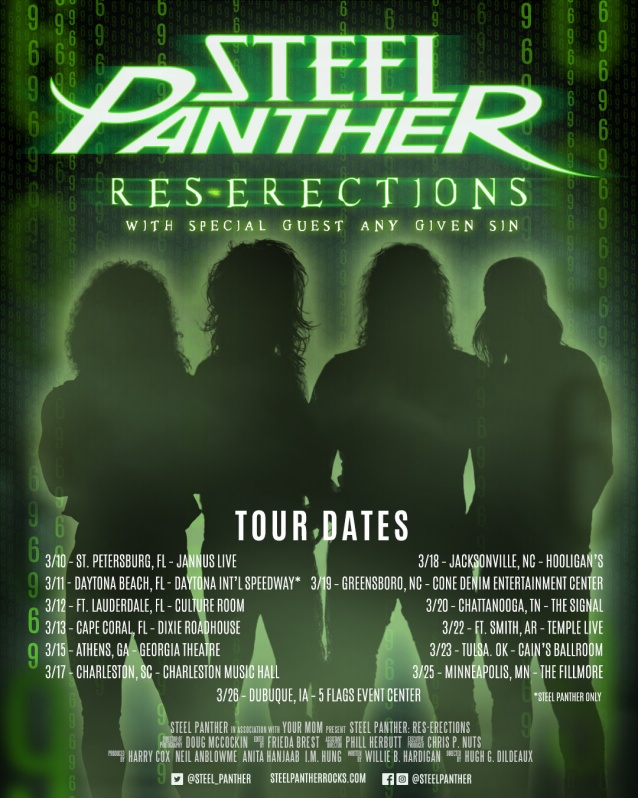