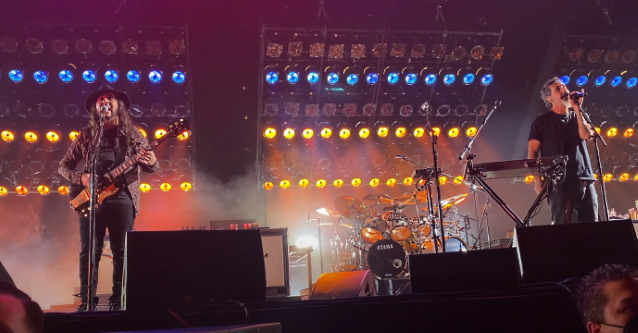 SYSTEM OF A DOWN played the songs "Protect The Land" and "Genocidal Humanoidz" live for the very first time during its October 15 concert at the T-Mobile Arena in Las Vegas, Nevada. Front-row fan-filmed video footage of the performance can be seen below.

"Protect The Land" and "Genocidal Humanoidz" are the only two songs the Los Angeles-based outfit has managed to record since ending its hiatus in 2011. Released last November, the tracks were motivated by the recently erupted conflict between Artsakh and Azerbaijan, with all proceeds supporting humanitarian efforts in SYSTEM OF A DOWN's ancestral homeland of Armenia. Along with other donations from fans on their social pages, they have raised over $600,000.

This past April, SYSTEM OF A DOWN singer Serj Tankian once again spoke about his band's inability to record a full-length follow-up to its "Mezmerize" and "Hypnotize" LPs, which came out in 2005. Asked by Consequence Of Sound whether it was rewarding recording the aforementioned two songs with SYSTEM, Serj said: "Honestly, I'm extremely proud of us getting together for our people and the cause, at a time where Azerbaijan and Turkey not only attacked Armenians in Artsakh with military equipment, but they also attacked the Armenian nation with disinformation around the world, using caviar diplomacy over the years. Azerbaijan bought off a lot of politicians and they tried to create false parody in journalism and in the media — and it succeeded for a little while. So, I'm proud to say that our songs coming out, especially the video for 'Protect The Land', really kind of bit into that all in one day — just kind of boom, let the world know that these are people living on their own indigenous land, they're being attacked, they're trying to protect their families, and they're dying because you got the second largest NATO ally Turkey basically attacking them along with Azerbaijan — both dictatorships attacking a democratic, progressive, first Christian nation society."

He later added: "So, I'm really proud of the work that we've done with SYSTEM OF A DOWN, and it does give me hope that one day we might be able to get it together and do something again together. I think we were able to do it because we were able to put aside our philosophies and our creative differences even, and just go, 'Who's got a song that'll work?,' because at this point it's just a weapon for truth and not about us. And it worked."

In 2018, SYSTEM guitarist/vocalist Daron Malakian publicly accused Tankian of not wanting to record, with Tankian responding that creative and financial issues with Malakian led to the stalemate. In a message on Facebook, Tankian wrote that Malakian wanted to control SYSTEM's creative process, take more of the publishing money and be the only band member to speak to the press.

In a recent interview with Guitar World magazine, Malakian was asked about the chances of more new music from SYSTEM OF A DOWN in the near future. He responded: "I never say never, but at the same time, I'm not expecting to do any more with SYSTEM OF A DOWN right away or immediately after [these two songs]. It really does seem like our fans like these new songs. That's important to me." 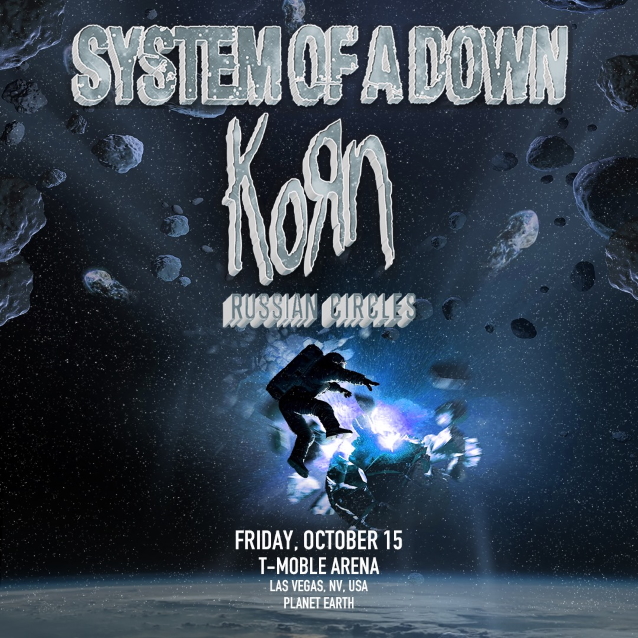