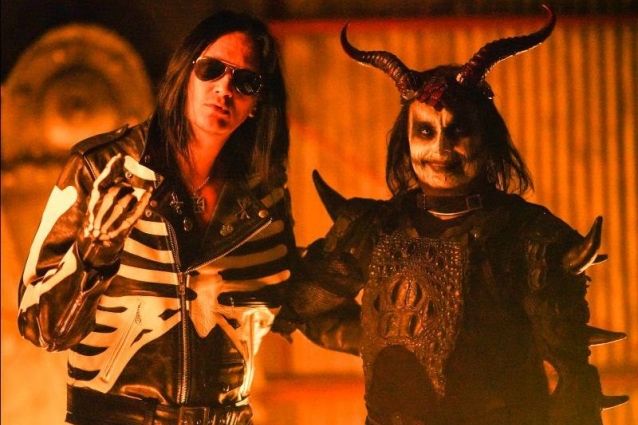 Finnish gothic rockers THE 69 EYES have released a music video for the song "Two Horns Up", featuring an appearance by Dani Filth from CRADLE OF FILTH. The track is taken from THE 69 EYES' new studio album, "West End", which was released today (Friday, September 13) via Nuclear Blast. The disc consists of 11 up-tempo rock anthems full of heaviness, black memento mori moments and dark humor and features several other guest vocalists such as Wednesday 13 and BEASTÖ BLANCÖ's Calico Cooper.

"West End" is available as a digipak, including the album and a Blu-ray with a band documentary directed by Ville Lipiäinen.

Comments THE 69 EYES vocalist Jyrki 69: "We've been friends with Dani Filth for 25 years, and THE 69 EYES did our best-ever and legendary North American tour with them over ten years ago. We were partying with him on my 50th birthday at Hollywood's Rainbow Bar & Grill last October and came into conclusion that he should sing some guest vocals on our new album. It is mind-blowing to have the world's most recognizable extreme metal vocalist on the opening track on our album. 'Two Horns Up' speaks about today and to everybody!"

Regarding the "West End" album title, Jyrki 69 says: "The title 'West End' evokes a dark image — when something dies, something new comes up and we all have to change in order to stay alive. I feel like this planet is on some turning point. The end of the western world is near and the question is: What is happening when the west ends? The title has multiple meanings for us… but be assured it has definitely nothing to do with THE PET SHOP BOYS or London." 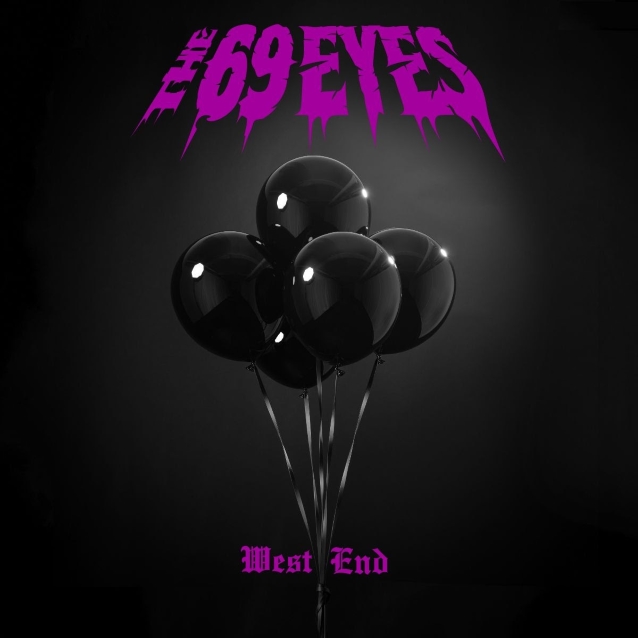