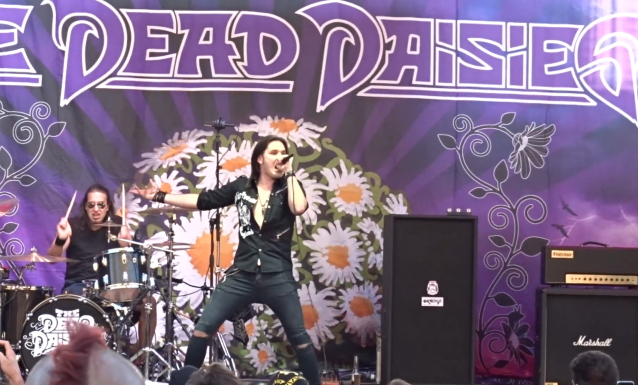 THE DEAD DAISIES played their first concert with stand-in singer Dino Jelusick (WHITESNAKE) and bassist Yogi Lonich last night (Tuesday, July 26) in Vienne, France as the support act for JUDAS PRIEST. Fan-filmed video of the show is available below.

Earlier this week, THE DEAD DAISIES frontman Glenn Hughes tested positive for COVID-19, forcing him to miss the remaining shows on the band's summer 2022 European tour.

THE DEAD DAISIES said in a statement: "We're sad to have to announce that the dreaded virus has hit the camp again with Glenn Hughes testing positive and unfortunately unable to continue. He's doing OK, and please join us in wishing him a speedy recovery.

"In the spirit of THE DEAD DAISIES, 'The Show Must Go On'. As Yogi filled in for David when he was crook, we're forging forward with Yogi playing bass and Dino Jelusick (WHITESNAKE) joining us on vocals for the rest of these shows.

"We know some of you are coming to see Glenn but we hope you will still come out, rock with us and have a great time. Too many bands find it easy to just cancel but we're determined to keep playing for you guys ... rain, hail, heat or virus.

"If you do want to give it a miss, we're in the process of speaking with the promoters to work something out .. we'll keep you posted.

"Look forward to seeing you at these remaining shows."

The band's remaining European tour dates are as follows:

"BURN" 🔥 Dino Jelusick with The Dead Daisies | Live in France

Rockin' show at Theatre Antique in Vienne last night with Dino and Yogi joining us to bring home the tour! 🤘⚡🚀
We've had...

Great gig with Dino tonight at Theatre Antique in Vienne!⚡🇫🇷⚡
Merci France, you guys were fantastic & we love you!🇫🇷❤️
Can't wait to rock out in the US!
https://thedeaddaisies.com/us-fall-tour-2022/

On our way to Theatre Antique in Vienne France! 🇫🇷🤘

We can't wait to rock you tonight with Judas Priest! 🤘 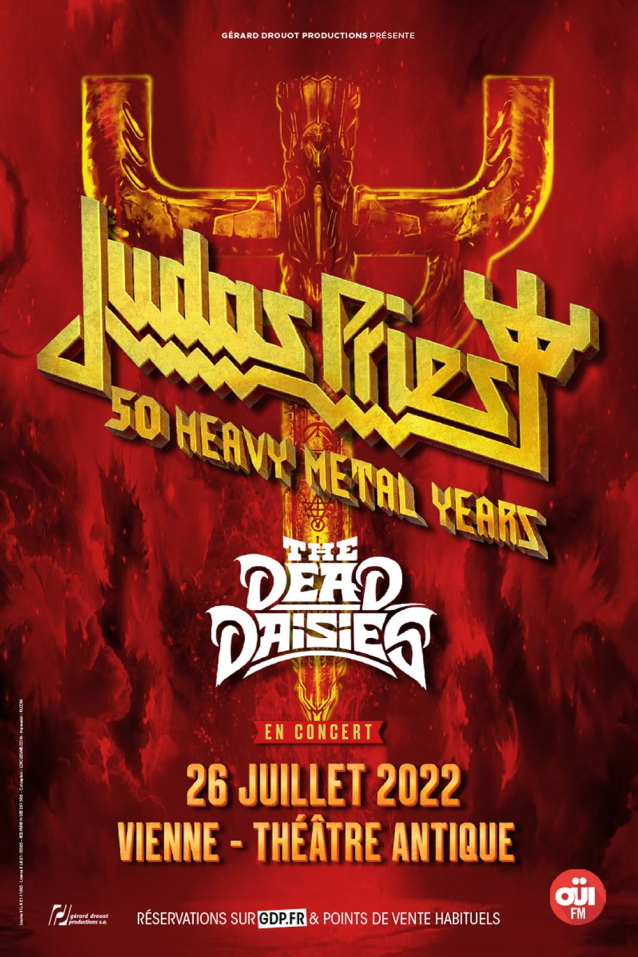