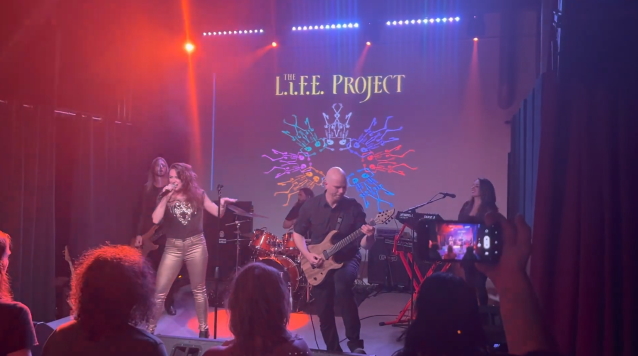 Video of THE L.I.F.E. PROJECT, the musical meeting of minds between Grammy-nominated STONE SOUR guitarist Josh Rand and PARALANDRA vocalist/guitarist Casandra Carson, performing a cover of MEGADETH's "Symphony Of Destruction" during its concert Thursday night (August 4) at xBk Live in Des Moines, Iowa can be seen below. Also available is a pre-show audio interview with Andy Hall of the Des Moines radio station Lazer 103.3.

THE L.I.F.E. PROJECT will support ALICE IN CHAINS, BREAKING BENJAMIN and BUSH on around a dozen U.S. dates later this month.

THE L.I.F.E. PROJECT made its live debut on April 30 at The Riff in Springfield, Missouri. Joining Rand and Carson at the gig were keyboardist/backing vocalist Diana Weishaar, bassist Jaron Gulino and drummer Celestino Ramirez.

THE L.I.F.E. PROJECT released a new four-song EP, titled "Big F.O.U.R.", in March via Bloodblast. The collection features a clutch of cover versions, one each from heavy music's pioneering icons METALLICA, SLAYER, MEGADETH and ANTHRAX.

THE L.I.F.E. PROJECT's debut self-titled EP came out in the summer of 2021 and is available exclusively through the band's webstore or via the Nuclear Blast store. 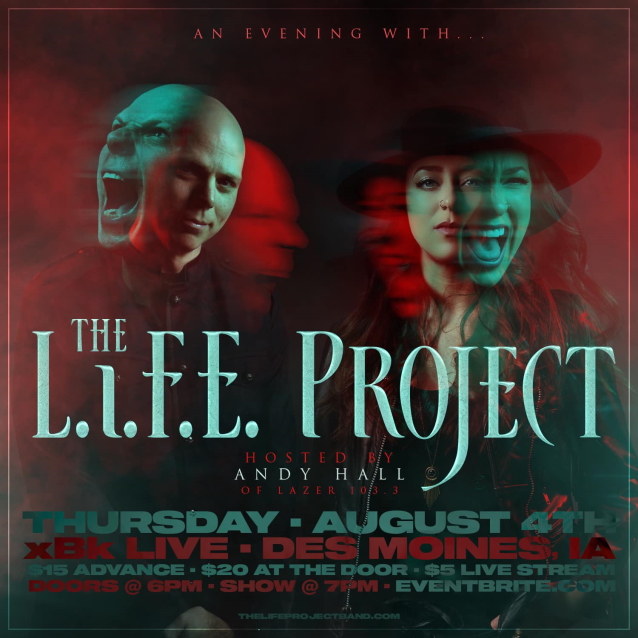 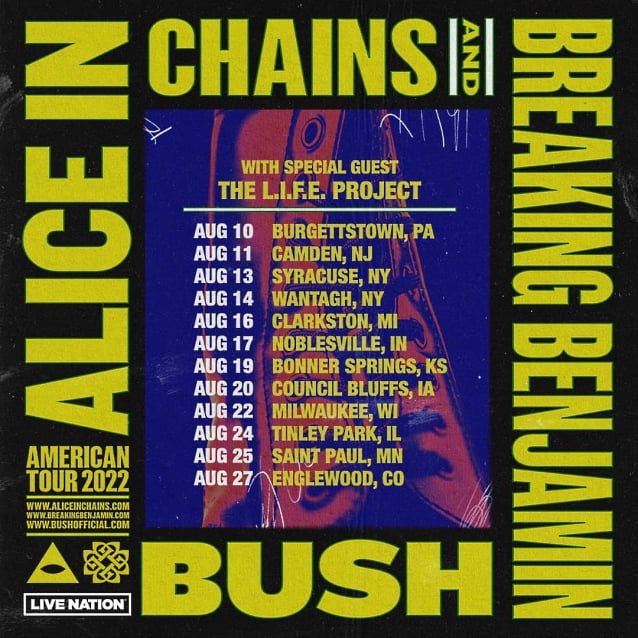