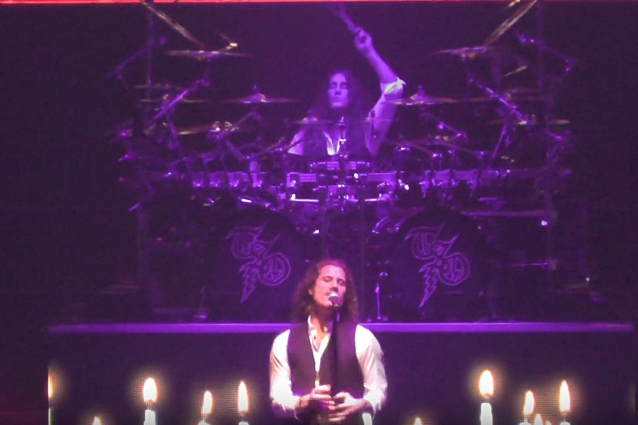 Although SAVATAGE has played just one official concert — a co-headlining appearance at the 2015 edition of Germany's Wacken Open Air festival — since the end of its world tour in support of 2001's Poets & Madmen", several of the group's songs have been prominently featured over the years in live performances by TRANS-SIBERIAN ORCHESTRA, whose two touring troupes feature a number of SAVATAGE alumni.

This year's TSO tour — which kicked off yesterday (November 13) — is no exception. In addition to "Christmas Eve (Sarajevo 12/24)" — the 1995 SAVATAGE song that was re-released the following year under the TSO moniker — the band is once again performing "Believe", the closing track to SAVATAGE's 1991 album "Streets: A Rock Opera". TSO has performed the song in the past and even re-recorded it for the 2009 double album "Night Castle", but yesterday's performances of the song were TSO's first since it shared the stage with SAVATAGE at Wacken.

For a list of their remaining tour dates, visit www.trans-siberian.com.