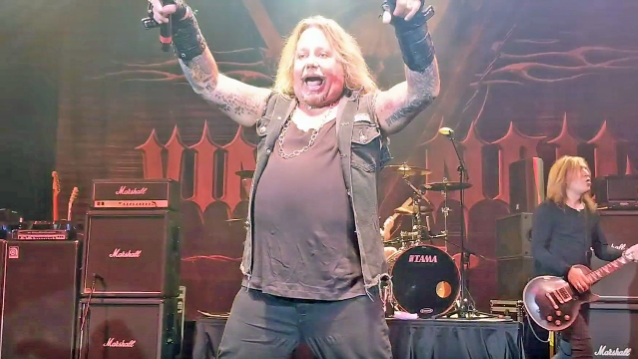 MÖTLEY CRÜE singer Vince Neil performed with his solo band on November 23 at IP Casino Resort & Spa in Biloxi, Mississippi. Video footage of the concert can be seen below (courtesy of YouTube user "James Front and Center Rocking Roll the night away").

Neil is continuing to tour the world with his solo band, which includes Dana Strum and Jeff Blando from SLAUGHTER, along with drummer Zoltan Chaney.

MÖTLEY CRÜE bassist Nikki Sixx recently confirmed that the band recorded four new songs for the film adaptation of the group's biography, "The Dirt - Confessions Of The World's Most Notorious Rock Band". The movie, which is being helmed by "Jackass Presents: Bad Grandpa" director Jeff Tremaine, was picked up by Netflix after being previously developed at Focus Features and before that at Paramount.