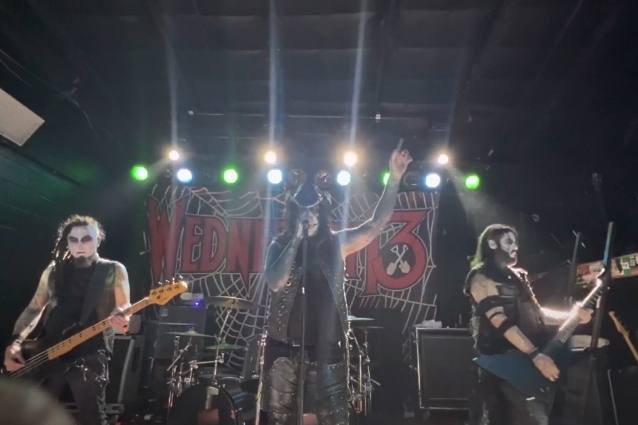 Heavy horror punk icon Wednesday 13 kicked off his 2022 U.S. headline tour, dubbed "20 Years Of Fear", last night (Wednesday, March 23) in Albuquerque, New Mexico. Prior to launching into the song "Nowhere" from MURDERDOLLS, his one-time project with late SLIPKNOT drummer Joey Jordison, he told the crowd: "This part of the show I'd like to make some noise for our brother Joey Jordison. He left us far too soon. He was one of the most talented people I ever met. And he's the reason any of you guys know who I am. So we picked a couple of songs, some of my favorite songs we liked to play with Joey. We're gonna take it back about 12 years ago to the [MURDERDOLLS' 2010 album] 'Women And Children Last'. This is called 'Nowhere'."

Jordison — who played guitar for MURDERDOLLS — died "peacefully in his sleep" last July of an unspecified cause. He was 46 years old.

MURDERDOLLS had been inactive since completing the touring cycle in support of "Women And Children Last", which came out in August 2010 via Roadrunner Records.