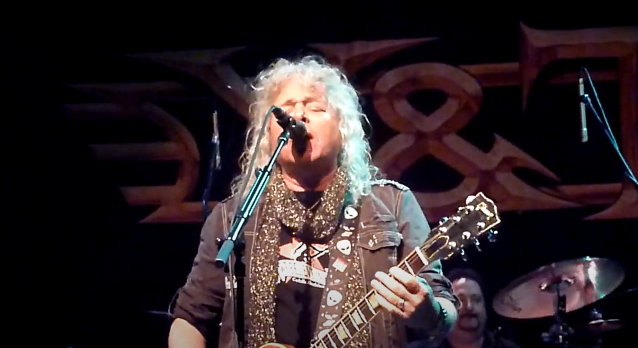 Fan-filmed video footage of Y&T's November 20 concert at Mystic Theatre in Petaluma, California can be seen below.

Frontman Dave Meniketti is the only surviving member of the Y&T lineup — then known as YESTERDAY AND TODAY — that recorded the band's self-titled debut album.

In 2019, Y&T released its long-awaited documentary, "Y&T: On With The Show - The Documentary", on DVD and on Blu-ray.