WEDNESDAY 13's new music video for the song "Cadaverous" can be seen below. The clip plays up Wednesday's schlocky horror reputation in the best horror B-movie style as he and his band get ready for their European tour starting in Manchester on October 26.

Wednesday 13 says: "'Cadaverous' is the most campy video that we've made so far. We really had fun with this one and it's a throwback to all my spooky TV favorites like 'The Munsters' and 'The Addams Family'. I hope our fans enjoy this as much as we did making it."

"Cadaverous" is taken from WEDNESDAY 13's seventh solo studio album, "Condolences", which was released in June via Nuclear Blast Entertainment. The follow-up to 2015's "Monsters Of The Universe" was produced by Chris "Zeuss" Harris, who previously worked with Wednesday 13 and guitarist Roman Surman on the 2010 MURDERDOLLS album "Women & Children Last". The artwork was created by Travis Smith (OPETH, KATATONIA, NEVERMORE) and can be seen below.

Wednesday 13 told Creative Loafing that "Condolences" may be his darkest and heaviest album to date. "The campiness is kind of gone off of this record," he said. "It's definitely heavier, and definitely the best-produced sounding thing, I think, I've ever recorded. A lot of people go, 'He's serious now!' Well, I'm [forty-one] years old now. I'm growing with the music, my band, everything, and this record definitely has some experimenting with different sounds and things. The sense of humor is still always there, but maybe not as campy as it's always been, and sometimes that comes off more serious."

He continued: "It's just a dark, weird record, kind of inspired by basically everybody who seems to be dropping around us. I kept seeing, 'Condolences, sorry for your loss,' and I saw that, and I themed the record around what's in the air right now." 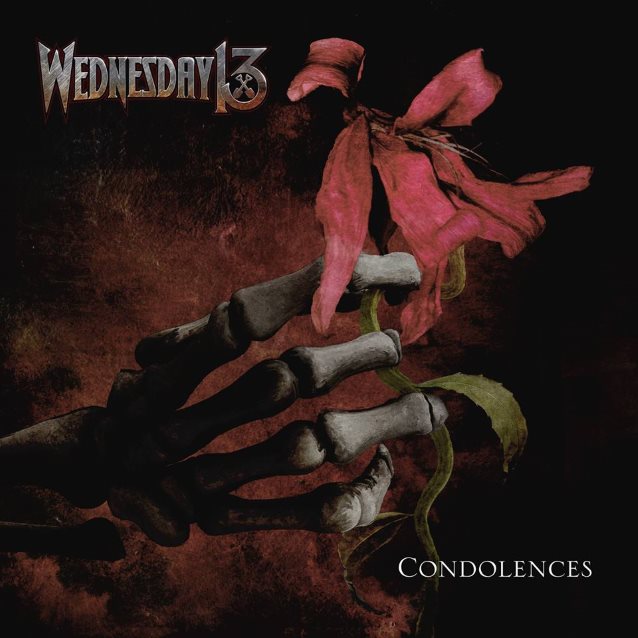