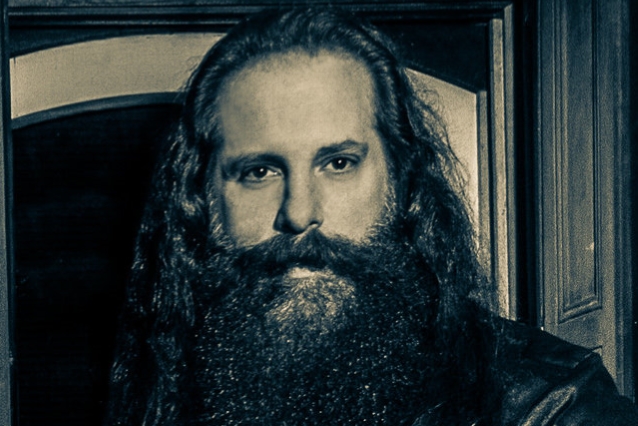 DREAM THEATER guitarist John Petrucci has dismissed suggestions that Mike Mangini has a more "robotic" drumming style than that of Mike Portnoy, saying that Mangini is "one of the most talented" musicians he has ever had the opportunity to play with.

During a brand new interview with Mike The Music Snob, Petrucci was asked how he feels about criticism from some DREAM THEATER fans about Mangini's supposed lack of "feel" compared to the playing style of Portnoy.

"I can't wrap my head around that thought — being a person who plays with Mike [Mangini], the guitarist said.

"I mean, first of all, listen, I understand being a fan of a band and having a member change disrupt your whole world. I get it. I'm a fan of bands [where] that happens," he continued. "So that side I understand. But the concept or the thought that Mike Mangini, as a drummer, is lacking feel — that blows my mind, because the guy is just unbelievable. He is one of the, if not the most talented drummer I've ever, ever had the opportunity to play with. We can call out styles of music, and he has authentic feel to play anything from metal to rock to Latin to jazz to swing to shuffle. He's just a monster, monster musician."

Petrucci added: "Listen, comparisons will be made, and people feel nostalgic about past members. People are still saying things like that about other earlier members, and that's fine, and I get it. I get it to a point, but when people say things that are just really ridiculous, [I feel] like reaching through [the computer screen], like Homer choking Bart Simpson. 'Are you kidding me right now? Do you have any idea what you're saying?' This guy is the feel machine. He is a feel monster."

In a 2017 interview with Rockhok, Portnoy said that had "no longing to reunite" with DREAM THEATER, but claimed that he would return to his former band "for the fans." "I'm a very sentimental person and I have a lot of great, fond memories of those guys and the times," he explained. "I'm a sentimental guy, so I would never close the door on it. So, really, the ball's in their court, honestly. [But] if you're asking me the odds [of a reunion happening], I would say, don't bet on it, because I know their personalities as well and I don't think they're the type that are looking backwards."

Portnoy added that he is "always [just] a phone call away" from playing with any of his former bandmates. "Like I said, [I'm] a sentimental guy and I don't hold grudges. Life is too short for resentments and I always forgive. So, yeah, the door is always open for me. But that being said, like I said, it's not something I'm looking for or wanting to do. I would be very content to never do it again. If there's more in the future, that's their phone call to make."

Less than two years ago, Portnoy told Loud that he left DREAM THEATER because he wanted to expand his musical horizons. "[I didn't] want to go to my grave and just be the drummer from DREAM THEATER," he said. "I knew there was way more to what I had to offer."

Petrucci previously told "The Classic Metal Show" that he "wouldn't have done anything differently" in the way DREAM THEATER went about finding a replacement for Portnoy.

DREAM THEATER's 14th studio album, "Distance Over Time", will be released on February 22. The disc, which marks the first for the band's new label InsideOut Music, was produced by Petrucci, mixed by Ben Grosse and mastered by Tom Baker.