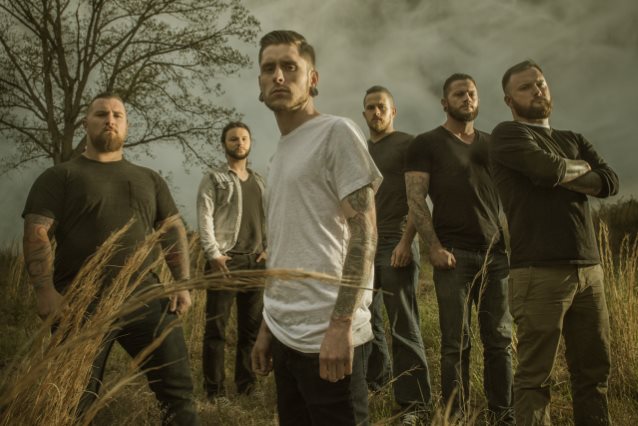 To commemorate Metal Blade Records' 35th anniversary in 2017, four bands from the label's much-celebrated roster will come together for a special U.S. tour this March: WHITECHAPEL, CATTLE DECAPITATION, GOATWHORE and ALLEGAEON. The tour will run from February 22 in Boston, Massachusetts through March 16 in New Orleans, Louisiana.

After headlining the "Impericon Never Say Die!" European tour with THY ART IS MURDER, CARNIFEX, FALLUJAH and more last month, WHITECHAPEL is ready to head out on the road again, in support of its new album, "Mark Of The Blade". Hailed as "an exciting milestone" by AltPress, "Mark Of The Blade" sees WHITECHAPEL redefine who they are and what they are capable of with eleven tracks that leave a distinct impression on every listener.

CATTLE DECAPITATION recently joined forces with BRUJERIA for a U.S. tour in support of the band's most recent full-length, 2015's "The Anthropocene Extinction". As the most sonically and thematically engrossing record of CATTLE DECAPITATION's maniacal discography, "The Anthropocene Extinction" was named one of the best albums of the year by Loudwire, MetalSucks, and Metal Injection, among many others.

Currently on the road with CROWBAR following a crushing Ozzfest performance, GOATWHORE is finishing up work on its seventh studio album, which was recorded and is being mixed entirely in analog format. Their previous record, 2014's "Constricting Rage Of The Merciless", was crowned their most, "varied record to date, as well as their strongest," by Pitchfork and, "unrelentingly pummeling and brutally oppressive," by PopMatters.

Since the release of the band's new album, "Proponent For Sentience" this past September, ALLEGAEON has shared the stage with the likes of BLACK SABBATH, DISTURBED, MEGADETH and more at Ozzfest Meets Knotfest, and is currently touring with labelmates BATTLECROSS and NECROMANCING THE STONE on the annual "Winter Warriors Tour". 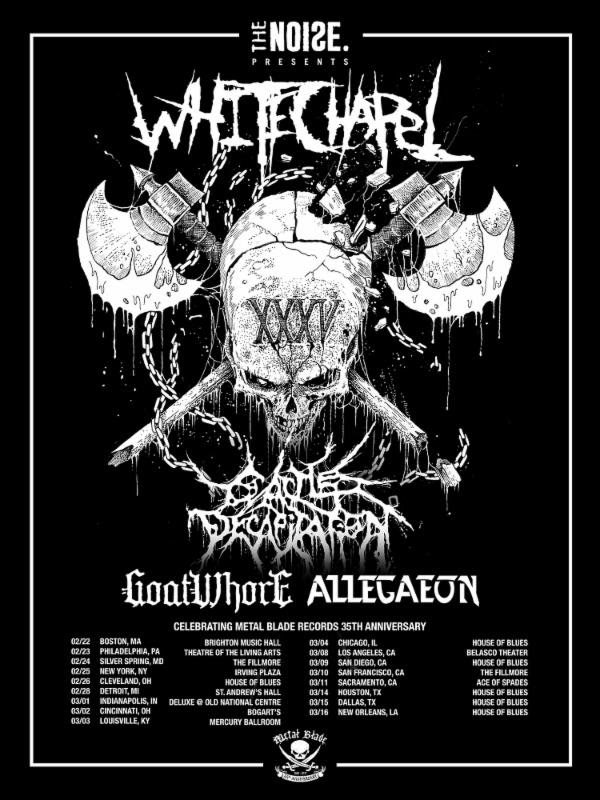