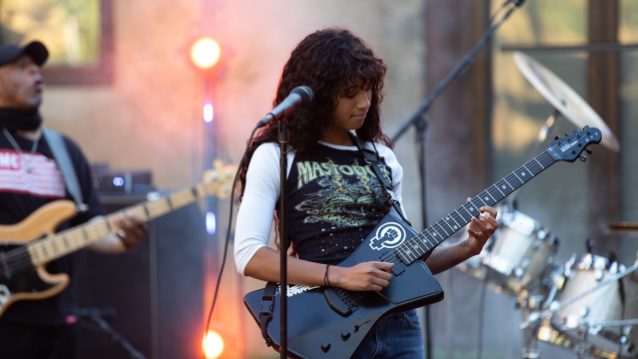 "Hey ma, you might be a little suspicious recently because I've been cooking up something on the side for this beautiful day," the 20-year-old singer revealed in a video she played for Jada near the end of the episode.

"When I was, I wanna say about 3 or 4, I went on tour with my mom and her band WICKED WISDOM. WICKED WIDSOM was lit," Willow continued. "This is the music that I grew up around. My mother was superwoman, she was a rock star, warrior and nurturer all in one. So unapologetically badass… I was my mom's biggest fan. Every night, I wanted to ride on the security guard's shoulders and watch her perform. She was a rock star, and I was living for WICKED WISDOM. I felt like it was only right for me to pay homage to a time in her life because she showed me what womaning up really is about."

WICKED WISDOM members Pocket Honore and Taylor Graves greeted Pinkett Smith from a stage, and then Willow grabbed a guitar.

"This has been in the works for a couple months. Pocket flew in; we've been rehearsing all week," Willow said before launching into one of the band's songs, "Bleed All Over Me", while sporting a MASTODON t-shirt.

Pinkett Smith was the singer of WICKED WISDOM, which she formed in 2002 alongside Honore, Graves, Rio Lawrence and former FISHBONE member Philip Fisher. The group opened for Britney Spears in 2004 and 2005, and landed a spot at Ozzfest after Sharon Osbourne saw them perform. WICKED WISDOM also recorded two studio albums between 2004 and 2006.

Willow pulls off a top secret Mother’s Day gift for Jada when the Red Table salutes amazing moms! Witness incredible surprises, emotional reunions and meet seven children who survived the horrific car crash that killed their parents. Plus a special performance by The Queen of Gospel Music, Shirley Caesar. Grab your tissues for our annual RTT Mother’s Day special! 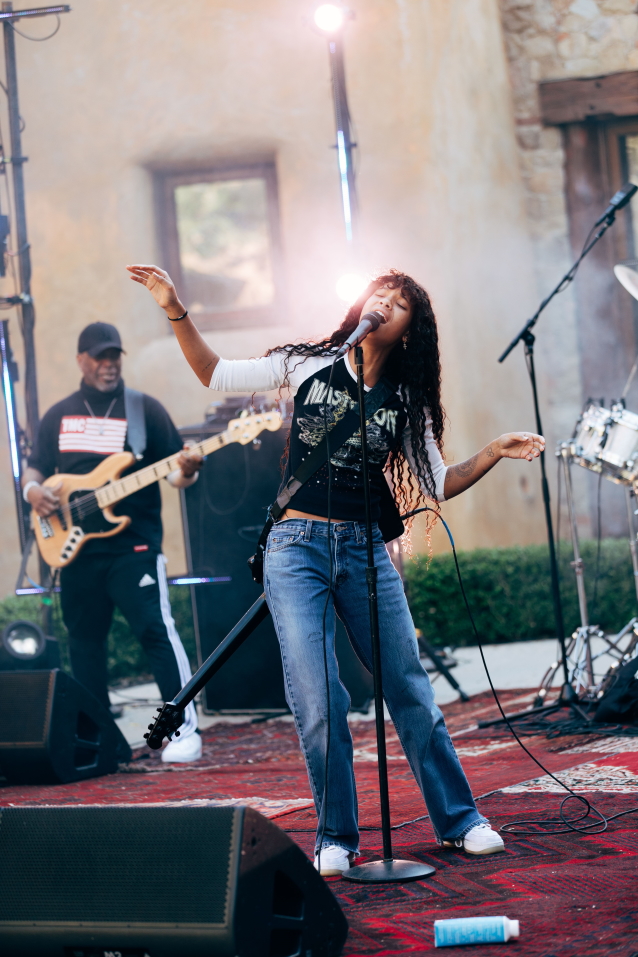 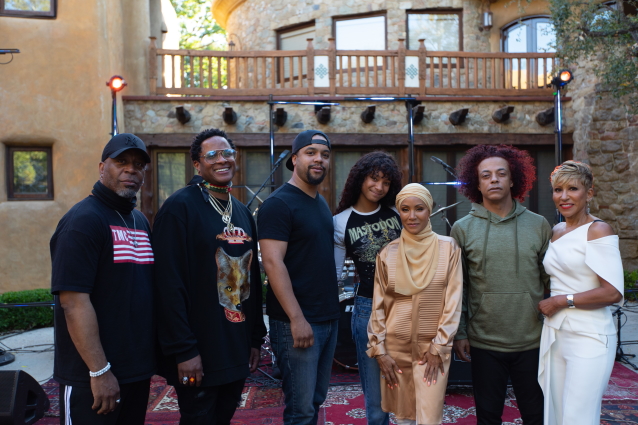