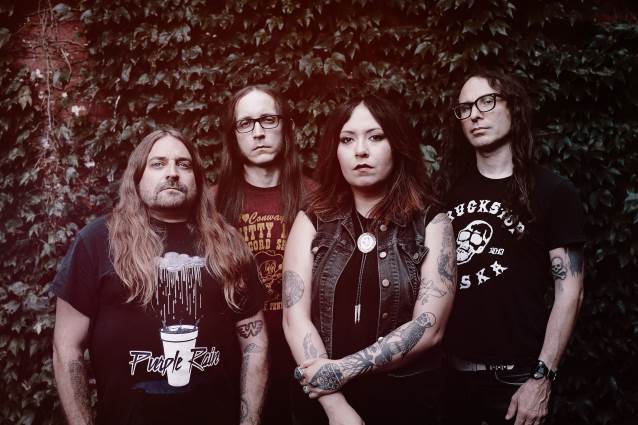 Due on October 5 via Relapse Records, "Eternal Return" is a complete life-to-death journey. As unplanned things go, it's an observation of as well as a reflection on life's ups and downs, joys and sorrows, beginnings and ends.

Between the band's 2015 "Grief's Infernal Flower" album and "Eternal Return", WINDHAND welcomed new life, survived lineup changes, and mourned unexpected death. The songs and song ordering are the direct result of those experiences. Where "Halcyon" is assured in its opening, the closing track "Feather" is its funeral march.

WINDHAND wrote "Eternal Return" all throughout the winter. Out of the sessions, "Halcyon", "Grey Garden", "Red Cloud" and the monstrous "Eyeshine" emerged as the heaviest tracks, while "Pilgrim's Rest", "Diablerie" and "Feather" embodied the more reflective side of WINDHAND. The juxtaposition of heavy, psychedelic and pensive is less like BLACK SABBATH or SLEEP and more like SOUNDGARDEN or VERUCA SALT. But the name drops aren't absolute so much as signals of WINDHAND's ability to stretch beyond genre confines.

"Eternal Return" represents a new era for the group, a chrysalis moment that takes them to new and unforeseen heights. Boosted by Garrett Morris's consistently cool riffs-forged at the crossroads of Tony Iommi's otherworldly import and Kurt Cobain's spontaneous precocity powered by Ryan Wolfe and Parker Chandler's groove-laden rhythms, and propelled by Dorthia Cottrell's smoky-yet-wistful vocals, WINDHAND's new album is a two-step jump for Richmond's finest purveyors of the psycho-actively heavy. Adorned by Arik Roper's (SLEEP, HIGH ON FIRE) impressive cover art, "Eternal Return" not only looks the part of WINDHAND's artistic growth but sounds the part.

WINDHAND brought Jack Endino back into the fold. Together, they spent two weeks recording at Soundhouse Recording in Seattle. Described as "smooth" and "intense," the sessions with the famed producer were just what WINDHAND wanted. Endino also understood the group's artistic progression, chiefly the admiration of and blending in late '80s/early '90s grunge. Out of it all, WINDHAND continued to refactor and refine their vision of heavy. 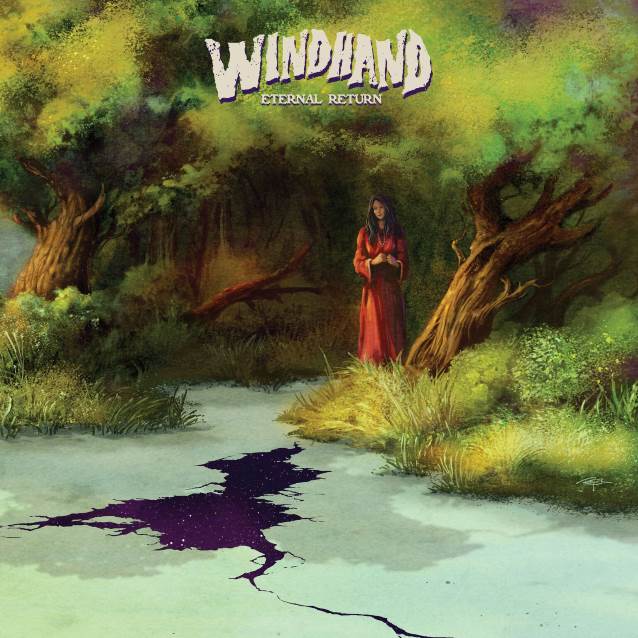