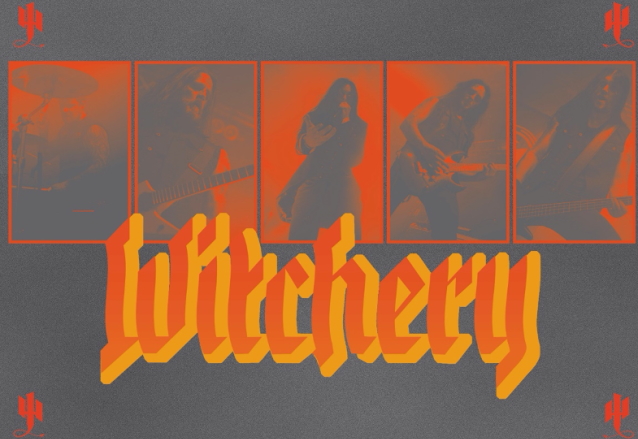 "Nightside" features a guest appearance on vocals by Jeff Walker (CARCASS, on "A Forest Of Burning Coffins"),as well as guest guitar leads by Hank Shermann (MERCYFUL FATE, on "Left Hand March"),Simon Johansson (WOLF, on "Crucifix And Candle") and Maciek Ofstad (KVELERTAK, on "Don't Burn the Witch").

"Nightside" will be released in the following formats: jewelcase CD, 180-gram vinyl LP (either as black vinyl or as limited transparent red vinyl of 500x copies via CM distro/mailorder) and as digital album.

The first single and video for the razor-sharp track "Popecrusher" is out now. Watch the animated video clip created by Eduardo Hidalgo and Maciej Pieloch of MPieloch.com and E2h Design Studio below.

Jensen states about "Popecrusher": "Setting the benchmark for the new album, 'Popecrusher' is the first foreshadowing aural assault from our new album 'Nightside'. All the pieces fell into place with this album and we can't wait for everyone to hear the album in its entirety. 'Nightside' is our first attempt at writing a concept album, and 'Popecrusher' is of course a part of that story. We hope you love the soul-incinerating heaviness of 'Popecrusher' as much as we do. More great things are soon to come. Do the W!"

Jensen adds: "I started to write this album without any general direction of idea in mind, but somewhere in the middle of the writing process I remembered that I've always wanted to do a concept album, so I decided to give it a shot. Little did I know that writing a concept album puts a lot more pressure on each and every song turning out great. This might seem a norm (and I guess it is in some way) but usually you write 12-14 songs and choose the songs that turned out the best after they've been mixed and mastered. Sometimes even what you thought was going to be the first song on the album gets pushed to somewhere else because another track turned out sounding more like an opening track. Also, out of those 12-14 songs you can choose to keep a few a bonus tracks. With a theme album, songs can't swap places. The story needs to work (no one wants to do a new 'The Elder'!),so the opening track really needs to hold up as an opening track etc., thus the extra pressure of 'no surprises' after its all recorded.

"The album tells a story of demonic nightmares, unexplainable pregnancy, witch trails and an escape from the Old Country to the colonies in the west and what happens once the child is born. Guests on this album is, for starters, our permanent guest of honor Hank Shermann, but also guest solos by Maciek Ofstad of KVELERTAK and Simon Johansson of WOLF (also the studio owner of SolnaStudio where we recorded the album. We also had the honor of having Jeff Walker of CARCASS do guest vocals on the song 'A Forest Of Burning Coffins'. All in all, we are very happy with how the album turned out and with again thrilled over Daniel Bergstrand's killer production…"

WITCHERY has also announced that its will appear on this year's colossal Hellfest in Clisson, France on Friday, June 24. 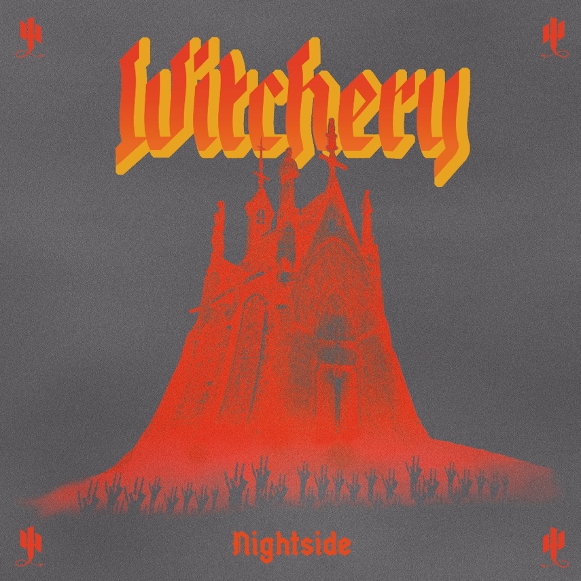