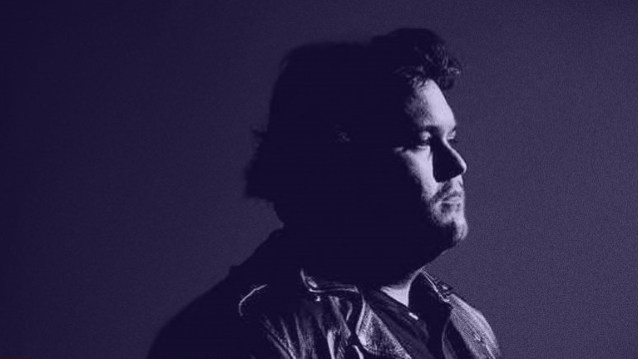 Wolfgang Van Halen has fired back at an Internet troll who accused him of "leeching off" his father's name in the weeks following the legendary guitarist's death.

Two days ago, BLABBERMOUTH.NET broke the news that Wolfgang will release his debut solo single, "Distance", on Monday, November 16. Taken from the VAN HALEN bassist's forthcoming solo album, the song is dedicated to Eddie Van Halen, who passed away on October 6 after a long battle with cancer.

On Friday, Wolfgang shared a tweet he received from what appears to be a trolling account in which his skills were denigrated and his achievements were belittled.

"Still leeching off of your fathers name I see," the offensive tweet read. "You talentless fucking hack. Leave the band and give your spot back to it's rightful owner you lowlife cunt."

In response, Wolfgang wrote: "I don't have the energy to come up with a joke for this, just look at this lame asshole lol. What a sad life this dude must lead."

When a Twitter follower advised Wolfgang to ignore the trolls, he responded: "Dude I'm literally laughing at it. How much more do you want me to let go?"

Wolfgang's solo album will be made available via Explorer1 Music Group. The disc was recorded with producer Michael "Elvis" Baskette at VAN HALEN's 5150 Studios in California.

In an official statement announcing the "Distance" release, Wolfgang said that it seemed appropriate to make the song available now as it was one of his father's favorites from the recording sessions.

"'Distance' is a song that was initially written for the debut album, but was going to be held for a later time," Wolfgang explained.

"As my pop continued to struggle with various health issues, I was imagining what my life would be like without him and how terribly I'd miss him. While this song is incredibly personal, I think anyone can relate to the idea of having a profound loss in their own life."

He added: "I never anticipated 'Distance' would be the first song of mine that people would hear, but I also thought my father would be here to celebrate its release along with me. This is for him."

To coincide with the "Distance" single release, Wolfgang will be a guest on SiriusXM's "The Howard Stern Show" on Monday.

When Wolfgang's LP was first announced back in February, a press release called the set "a collection of diverse material...original songs ranging from haunting ballads to stomping rock classics, on which [Van Halen] recorded all the instruments and vocals himself."

The 29-year-old had spent the last few years working on the effort, which he has repeatedly said will not feature any contributions from Eddie Van Halen.

When someone on Twitter asked Wolfgang what type of music he should expect on the record, he responded: "Rock. It may venture into some Pop-y places, and may venture into some Metal-y places, but it's centered in Rock. I view it as a Rock record." He also once again reiterated that Eddie will not be heard on the album. "No guest, no secret appearances, no input from other musicians," he said. "Just the ol' Wolfman yours truly… Like I cannot stress this enough. It's just me. This isn't me baiting you, and then all of the sudden Dave [Lee Roth] is singing a song, or Al [Van Halen] is drumming on one song, or Pop is doing a solo. It wouldn't be a solo album then. It's not a VH album, it's a WVH album. Expecting anything more is just setting yourself up for disappointment. So y'all should just that out of the way right now lol"

Wolfgang previously told a fan on Instagram that he sees his father's reputation as both a blessing and a curse when it comes to his own solo career. "Being who I am, I think people at the least will be interested in what my work will sound like, which is very nice," he said. "But on the other hand, if it's not exactly what they want to hear or if I don't try to sound 'VAN HALEN-y' enough for them they'll hate me and won't give me the time of day. I'm fully prepared for a wave of hate when my music releases because it won't be what people think it'll be. I'm not trying to be my father, I'm trying to be me."

Wolfgang went on to reiterate the last point, adding in a separate message: "It's the main thing people are going to need to understand when they listen to my music. I'm not trying to be VAN HALEN."

I don’t have the energy to come up with a joke for this, just look at this lame asshole lol

What a sad life this dude must lead. https://t.co/2sebhepJV7

Dude I’m literally laughing at it. How much more do you want me to let go?

I’m sorry you’re hearing the worst from some people. It won’t always be that way. Your love for your dad speaks volumes and it always will. Your own music will speak for itself and you won’t have to explain anything to anyone. The Van Halen name is in good hands everyone! Respect