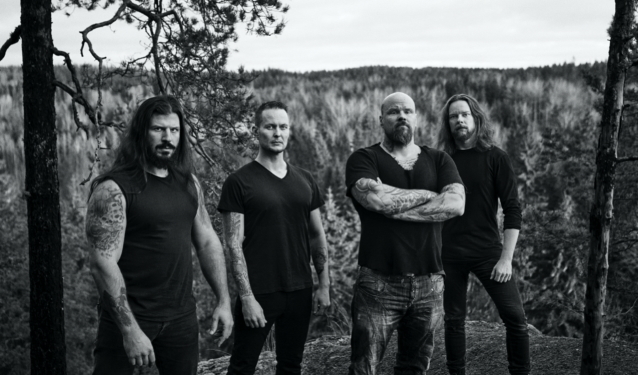 "The Hammer", the new video from Finnish heavy melodic death metal unit WOLFHEART, can be seen below. The song is taken from the band's upcoming full-length album, "Wolves Of Karelia", which will be released on April 10 via Napalm Records.

A windmill-worthy intro is accented by sinister synth and marching percussion as "The Hammer" switches effortlessly between black metal-inspired segments and melodic death metal riffage, closing with a somber acoustic passage. The video shows the band during the "Wolves Of Karelia" recording sessions with producer Saku Moilanen, giving fans an insider's look at behind-the-scenes studio footage. The video was filmed by Valtteri Hirvonen and edited by Winternotes Production.

WOLFHEART frontman Tuomas Saukkonen says about the track and video: "'The Hammer' is the best song to describe the Finnish perseverance and willpower. 'Never surrender, Never retreat, The last defender, The hammer of the north.' Those lines really underline the fact that no matter what the conditions were, the enemy had to be stopped. Nature was the anvil and you had to become a hammer, and between those two, no invading army could survive.

"With the video we wanted to reflect the brotherhood in the band and the crew in contrast to the wrath of the lyrics."

Just as wildlife itself maintains harmony with a violent clash of beauty and unpredictability, "Wolves Of Karelia" explores the band's previously coined genre of "winter metal" — smoothly bridging a traditional approach of extreme genres while maintaining atmospheric and acoustic elements. The album's lyrical and musical content is inspired by the Winter War waged between Russia and the band's native country, Finland, which took place during the winter of November 1939-March 1940. Finland ultimately managed to stop the Russian troops from invading their country. Saukkonen was inspired by the personal stories of local veterans, conveying the tales of what they experienced and survived from their perspectives. Somber, frostbitten and heroic, "Wolves Of Karelia" portrays these tales with stunning musical precision. 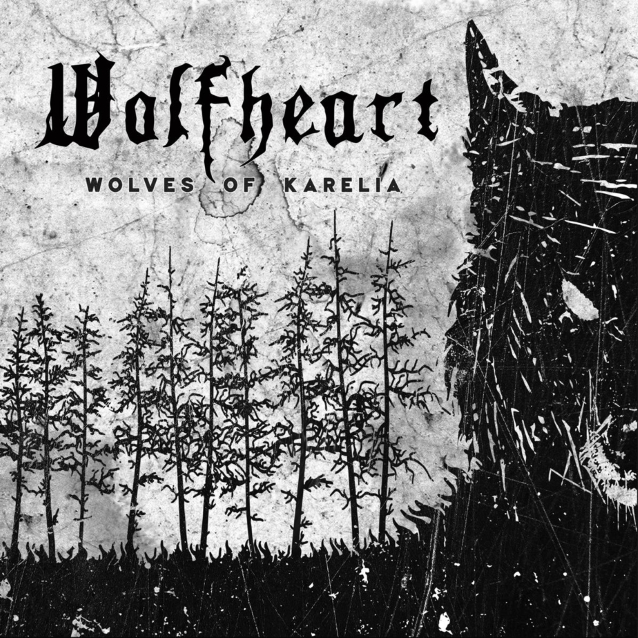