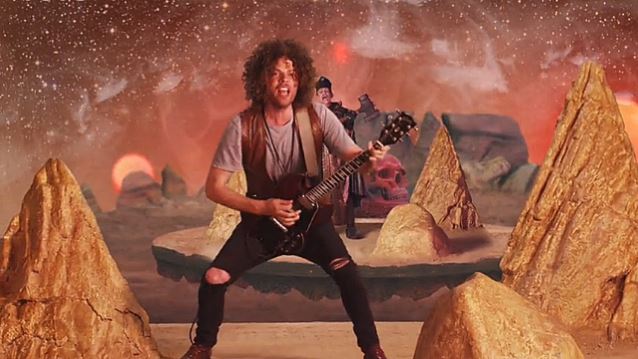 Grammy-winning rock band WOLFMOTHER has premiered "Victorious", the kitschy sci-fi companion video to the group's lead single. The clip, which was shot in Los Angeles and directed by Brother Willis (BEIRUT),can be viewed below.

"Victorious" is the title track to WOLFMOTHER's upcoming album, which is set for a February 19 release through Universal Music Enterprises.

Over the course of the past few weeks, the band has been giving fans a sneak preview of the album, starting with the Zane Lowe/Beats 1 radio show debut of "Victorious" and "City Lights", which was followed by the Vice/Live Nation premiere of "Gypsy Caravan".

Fans can get all three songs as instant downloads by pre-ordering "Victorious" on iTunes. The CD is also available for pre-order through Amazon and pre-orders and exclusive merch bundles are also available at WOLFMOTHER's webshop.