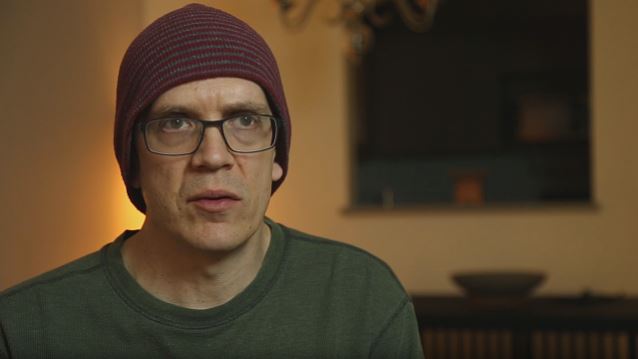 Would You Pay To Meet Your Favorite Musician? DEVIN TOWNSEND Weighs In On Culture Of 'V.I.P. Packages'

In a brand new interview with Noisey, Canadian musician/producer Devin Townsend spoke about the culture of "V.I.P Packages," which seems to be the only way for fans to meet the bands they admire these days. Some of these come at a really inflated price on top of the standard ticket costs and include anything from a signed item, a photo to watching soundchecks or a collectable lanyard.

Asked for his opinion of paid meet-and-greets, Devin said: "I have two thoughts on the matter and they cancel each other out, so that kinda sucks.

"The music industry is really difficult. The overhead for me to do this is fucking crazy; we have to pay around fourteen thousand dollars a month just to function.

"We didn't tour for a year, so I had to come up with fourteen grand a month just to keep everything going. Then when we do tour, it's fucking expensive. A thousand dollars per person to fly shit class from Vancouver, too.

"A lot of the times, fans may think bands are taking the piss by simply doing a meet-and-greet, but if we don't do them, we simply can't do what we're doing. It's not like we do them then get a bonus at the end of the tour. On the other side of it, if you're in the band and you're hypersensitive to people's energy, like I believe I am, meet-and-greets fucking beat the shit out of you. Not because you don't want to meet people, but because in order to do it correctly, you really have to invest yourself and be present and ready to talk to people and sometimes accept hyperbolic praise or criticism, and you have to be emotionally resilient enough to not let either… I mean, it's about them. They're paying for a moment and your job is to be present and that's really challenging on tour.

"If you think meet-and-greets are fundamentally stupid, then you're never not gonna think that.

"Some bands are, like, 'Fuck that, you can come meet me at the bar.' I never go to the bar, and if I am at the bar, please don't talk to me, because I'm there to hang out with my friends.

"We try to do the best with our packages, but at the same time, there's still people who are critical of it."

Paid meet-and-greets are becoming staples of the touring circuit and are seen by some artists as a necessary evil to survive nowadays. Other musicians object to meet-and-greets on moral grounds, believing they favor richer fans over poorer ones. Similarly, many people view the fact that groups charge fans to meet them as completely exploitative, since artists are usually aware that young admirers are prepared to pay any amount of money to see their favorite band, sometimes at their parents' expense.

Y&T frontman Dave Meniketti made headlines last year when he said he was completely opposed to fans paying for meet-and-greets, explaining that "we should be paying [them]." "Some bands will charge for meet-and-greets or they'll charge for some special types of meet-and-greets," Meniketti said. "I don't like to do that. I think that's gouging the fans. I think that's a little too much of trying to get every last dollar out of everybody, dollaring people to death. I don't like that whatsoever. To me, your fanbase is golden. They're the people that are keeping us going. They're the people that love the music."

He continued: "Why do we want to charge them to meet us? That, to me, seems like the most bizarre thing you can do and too opportunist. That's not my thing. They pay for a ticket. Come see us live, that's what's going to keep us alive. Buy a t-shirt, something like that. But don't pay to see me. My God. I should be paying you guys. I'm happy to shake a hand, take a picture or listen to a story or something like that. In fact, more than happy. It makes us all feel good. It makes us feel connected to our fans."

Former METALLICA bassist Jason Newsted called the paid-meet-and-greet practice "bullshit" in a 2012 interview. He explained: "My guys had been talking to me about doing those things, and they talk about KISS making money for this meet-and-greet. People will pay it, but that's not the point. I don't want to take money like that. If they want to buy a t-shirt and have something to show for it, that's what we do. You can't download a t-shirt.