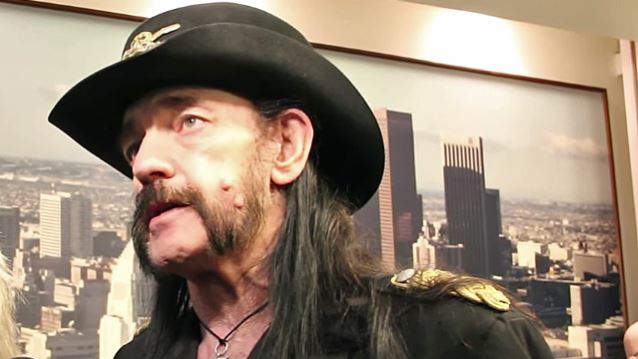 "WWE Raw" wrestling television program has paid tribute to iconic MOTÖRHEAD frontman Ian "Lemmy" Kilmister, who died on Monday (December 28) at the age of 70 after a brief struggle with cancer. Check out the clip below.

MOTÖRHEAD performed multiple WWE entrance themes, including Triple H's "The Game", Evolution's "Line In The Sand" theme and the "King Of Kings" music, which debuted at WrestleMania 22 and typically plays The Authority to the ring today. MOTÖRHEAD also played "The Game" live at WrestleMania X-Seven and WrestleMania 21 before Triple H's matches against The Undertaker and Batista, respectively.

#RIPLemmy One life, lived your way, from the beginning, till the end See you down the road my friend... Thank you for the gift of your sound

#RIPLemmy Thank u 4 being our friend & 4 leaving all of us w/ a legacy that will last forever. #longliverockandrollhttps://t.co/SvnwWXUSaJ