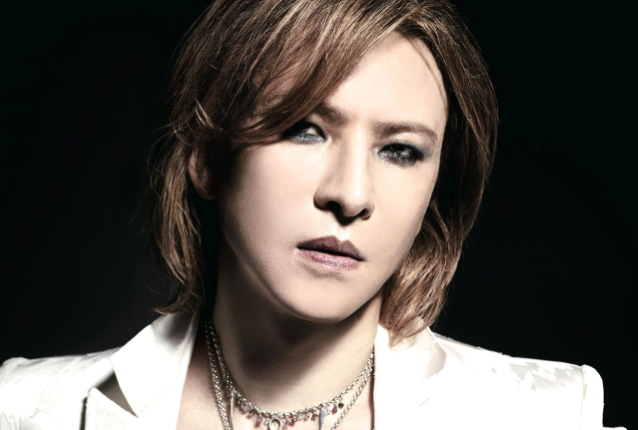 Japan's legendary rock star Yoshiki, who currently resides in Los Angeles, donated 10 million yen (approximately $87,000) to the Ukraine Humanitarian Crisis Emergency Assistance Fund and is calling for his worldwide fans to donate as well. Together with his fans, they have raised $500,000 in under 24 hours. Yoshiki announced the donation and call to action on his wildly popular Twitter account to bring awareness to the urgent need for immediate action on behalf of those affected by the ongoing situation in Eastern Europe.

Yoshiki is one of the most influential composers in Japanese history, selling over 50 million albums worldwide as the leader of the legendary band X JAPAN, headlining the world's largest stages, including the Coachella (2018),London's Wembley Arena, and Japan's premier venue Tokyo Dome, which X JAPAN sold out a record-breaking 18 times. He has collaborated with THE BEATLES producer Sir George Martin, QUEEN, Sarah Brightman, THE CHAINSMOKERS, Bono, Will.i.am and St. Vincent.

Yoshiki has been called one of the most influential composers in Japanese history. In recognition of years of his active philanthropy, Yoshiki was one of Forbes Asia's 30 Heroes of Philanthropy in 2019. In 2021, he was awarded the prestigious Japanese Medal of Honor for his charitable efforts. His nonprofit organization, Yoshiki Foundation America, has surpassed $2 million in donations to charities in line with its mission to support humanitarian causes around the world.

This week also marks the launch of his critically hailed documentary "We Are X" streaming on Prime Video. From the Oscar-winning team behind "Searching For Sugar Man", "We Are X" is an astonishingly intimate portrait of a deeply haunted but truly unstoppable virtuoso and the music that has enthralled legions of the world's most devoted fans. The film culminates with preparations for X JAPAN's historic one-off reunion concert at New York's legendary Madison Square Garden.