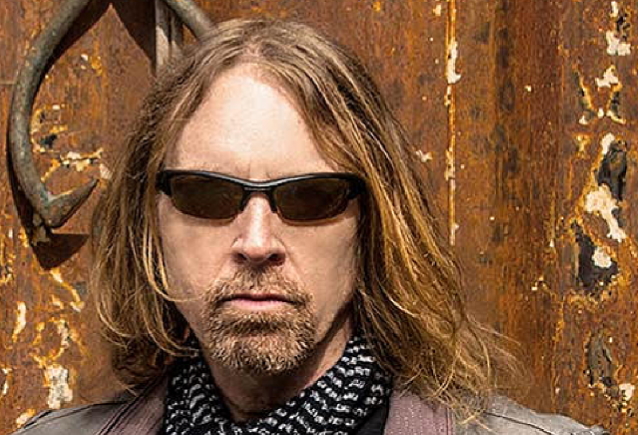 Kid Rock will join forces with FOREIGNER and GRAND FUNK RAILROAD for a U.S. tour this spring and summer. JASON BONHAM'S LED ZEPPELIN EVENING will appear on select dates, with a special appearance by Trey Lewis at all shows. The 24-city "Bad Reputation Tour" will kick off on April 6 at the Ford Center in Evansville, Indiana, making stops across the U.S. in Nashville, Boston, Chicago, and more before wrapping up with two shows in Detroit.

Asked in a new interview with Rock Band Reviews what he would say to those FOREIGNER fans who are reluctant to come out to see the band because of Kid Rock's involvement with the tour, FOREIGNER bassist Jeff Pilson said: "If they're not coming because of Kid Rock, if it's musically oriented, well, I would say listen to Kid Rock; he's a great artist. I mean, yes, he's a rapper and maybe some people don't like rapping, but there are definitely songs in there as well, And his band is great, and the audience is very enthusiastic. It makes for a great show. So I would say there's absolutely no reason to not come out. I mean, if you're politically against Kid Rock, I guess that's one thing, but, hey, listen, we're not letting politics get in the way. We're all getting up there in very friendly terms and just make it a great rock show."

Back in 2017, Pilson — an acclaimed producer and a veteran bassist who has also played with DIO, DOKKEN and T&N — said that then-President Donald Trump was "a dangerous man" whose vitriolic and divisive rhetoric could ignite another American civil war.

Kid Rock, a vocal Trump supporter, recently released a profanity-laced single that bashes President Joe Biden and Dr. Anthony Fauci over vaccine mandates and other policies. "We The People" features the chorus of "Let's go, Brandon," conservative code for "Fuck Joe Biden" (born when a NASCAR reporter misheard a crowd, reporting that they chanted in support of racer Brandon Brown when they were actually chanting expletives toward the U.S. president),and also takes aim at the mainstream media, CNN, TMZ, Twitter and Facebook. The track was released in January, along with two others, to promote the "Bad Reputation" tour, which Kid Rock claims could be his last.

In "We The People", Kid Rock shouts: "We the people in all we do reserve the right to scream, 'Fuck you!' Wear your mask. Take your pills. Now a whole generation is mentally ill," he adds.

Elsewhere in the song, he raps: "(Hey-yeah) man, Fuck Fauci (Hey-yeah). COVID's near. It's coming to town. We gotta act quick, shut our borders down. Joe Biden does, the media embraces. Big Don does it, and they call him racist.

In a Facebook video announcing the new tracks, Kid Rock described "We The People" as a "hard rock-rap tune."

"We The People", "The Last Dance" and "Rockin'" are all expected to appear on Rock's new album, "Bad Reputation", which is due later this year.