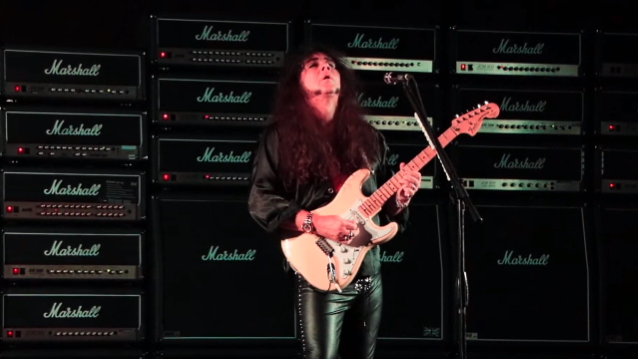 Yngwie Malmsteen admonished the lighting technician at his Monterrey, Mexico concert for "fucking around with the lights."

The legendary Swedish guitarist was in the middle of an extended solo section during Friday night's (February 28) performance at Escena when he paused to address the audience and inform the tech in no uncertain terms that he wasn't pleased with his work.

Video footage of the moment in question can be seen below (courtesy of MB Live).

Last summer, Yngwie denied his reputation as a temperamental egomaniac, saying that he is a "creator" who likes to control every aspect of his art.

"I've known Yngwie since he came to America," Steve said, "and I think that people are intimidated by his confidence. He's so confident in what he does that maybe he comes off as cocky sometimes. I think to know Yngwie is to really, really like him, but to not know him is to think maybe he's pretty self-centered."

Yngwie gave an interview to Greece's Rock Hard magazine in which the legendary axeman explained why he hasn't worked with an outside singer on any of his albums following the release of 2010's "Relentless". Yngwie said that he prefers to handle the lead vocals on his albums himself nowadays because his previous "singers would always cause trouble; they would always be acting like they were special and they had something different to say or whatever… The singers always think that they're better than the keyboard player or they're better than the drummer."

Three years ago, Jeff Scott Soto, who sang on Yngwie's first two albums, 1984's "Rising Force" and 1985's "Marching Out", engaged in a war of words with the Swedish guitarist over the fact that Malmsteen claimed in an interview that he "always wrote everything," including the lyrics and melodies, and simply hired various vocalists to sing his material.

In the days after Yngwie's original interview with Metal Wani was published on BLABBERMOUTH.NET, several of the guitarist's former singers — including Soto, Tim "Ripper" Owens and Joe Lynn Turner — responded on social media, with Turner describing Malmsteen's statements as "the rantings of a megalomaniac desperately trying to justify his own insecurity." 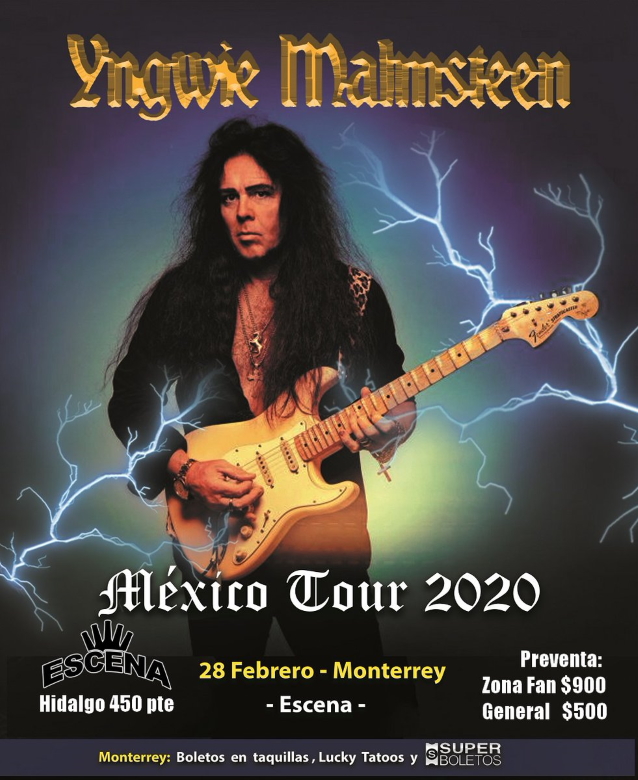