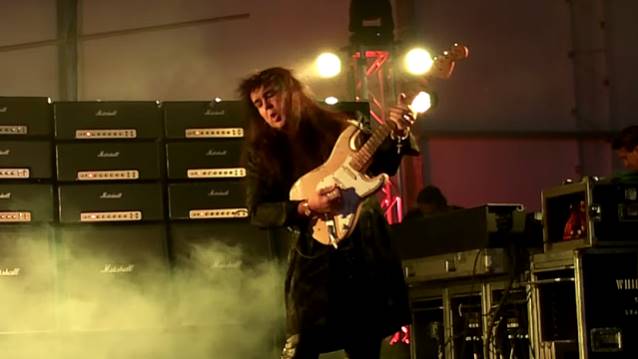 Malmsteen is currently mixing a live album and DVD recorded at back-to-back shows in Tampa and Orlando. According to Yngwie, it will be released in August and will probably be called "Spellbound Live". He told CitizensVoice.com about the live album and DVD: "That's a perfect example of how when I play, it's always different. Because one's from Tampa and one's from Orlando, and it's completely different."

Regarding how the Guitar Gods tour, which kicked off June 12 in Wilkes-Barre, Pennsylvania, would be structured, Yngwie told Highway 81 Revisited: "A lot of people probably get the idea that I'm this extremely calculated kind of guy, and in a lot of ways I am. But when it comes to music or artistic expression, I'm very uncalculated and do things very spontaneous. If I didn't do that, I wouldn't want to do this anymore. I can't just play the same thing over and over, it would drive me crazy."

He continued: "So for instance, if I do a regular show, like 20 minutes before the show, I say to the tour manager, 'Here's the setlist,' and it's not the same setlist as the night before. And I say to the tour manager, 'Print them out and put them on the stage.' So now everybody has a setlist. And once I hit the stage, I'll play a different setlist anyway. If you go to two of the shows, they're very different. This is how I keep the thing alive, this is how I stay inspired."

On the topic of "Relentless", the memoir he published last year, Malmsteen said: "I felt that I had to put this on paper from the only perspective from which it could be told, which is my perspective. I'm talking about walking in the snow when I'm seven years old and wondering what the fuck am I doing here, why am I born in this fucking place? And now of course I'm looking at palm trees, so now I'm remedying that; I'm still thawing out. But the thing is, it has to be read to understand where I'm coming from."

He added: "It's not just all the chicks — it was that too, you know the rock 'n' roll thing? I did all that fucking shit. Trust me. I'm a very different person now. I don't touch alcohol, I don't touch cigarettes, I don't touch drugs. I'm a very clean-living person for the last 10 years, maybe more now. I just felt it had to be told. It's so different from where I started. When I looked back, I said, fuck, that was me? It's very therapeutic as well." 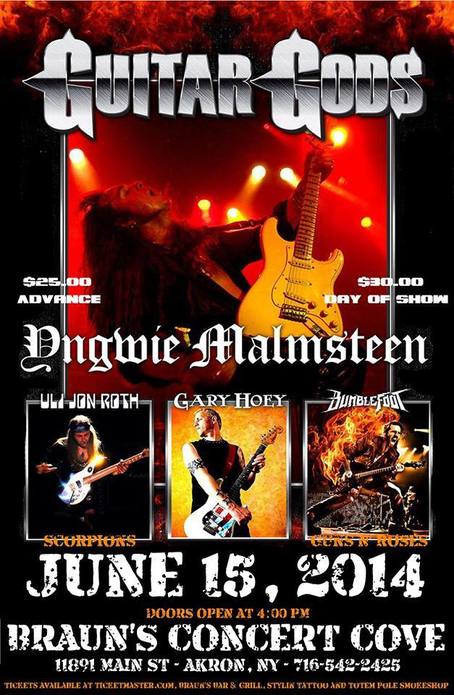