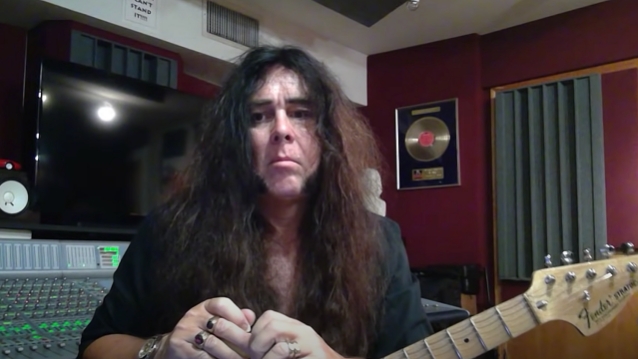 YNGWIE MALMSTEEN Won't Change His Music For Anyone

During a recent YouTube livestream for his 58th birthday, legendary Swedish guitarist Yngwie Malmsteen was asked if he would ever consider making an album that is reminiscent of his earlier efforts, as requested by some of his biggest fans. He responded (as transcribed by BLABBERMOUTH.NET): "Obviously, I'm very flattered that so many people like what I do, but I'm also aware that a lot of people don't like what I do. So what I end up doing is I don't make albums on request — except [2019's] 'Blue Lightning' [which paid homage to those from the blues world who have inspired him] was a little bit like a request album, a little bit, although I did what I wanted anyway. But especially on this last album, 'Parabellum', it's a very, very honest album. It's exactly what comes out of me — exactly. And some people have heard it and they say that it reminds them of the older days. And that's fine. And if it doesn't, it doesn't. It wasn't intentional."

Yngwie's new album, "Parabellum", will be released on July 23 via Music Theories Recordings/Mascot Label Group. Only four of the songs on the LP feature vocals. The album title is Latin, translating as "Prepare For War".