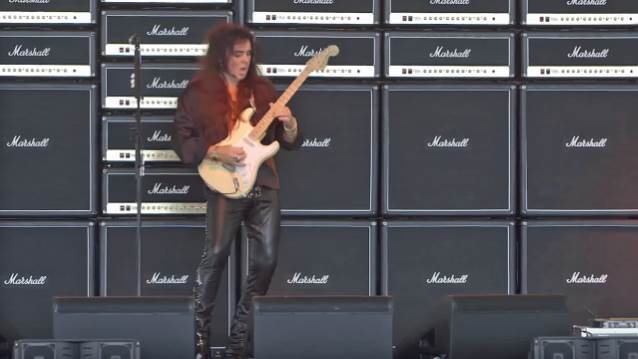 YNGWIE MALMSTEEN's Advice To Aspiring Musicians: 'Don't Give A S**t What Other People Say'

Legendary Swedish guitarist Yngwie Malmsteen took part in a performance and question-and-answer session at Sweetwater's 17th annual GearFest, which was held June 22-23 in Fort Wayne, Indiana. You can now watch video footage of his appearance below.

Asked what advice he would give to aspiring musicians who are looking to follow in his footsteps, Yngwie said: "There's so many things you can say about that. But the thing is that you have to have a passion for it. And if the passion's there, to quote Niccolò Paganini [Italian violinist, violist, guitarist, and composer], my biggest hero — he said: 'To make others feel strongly, you must feel strongly.' In other words, don't try to do what someone else tells you to do; don't do something that you think other people are gonna like; do what you like, and don't give a shit what other people say."