A wedding cake topper purportedly featuring the real hair of GUNS N' ROSES guitarist Slash is being auctioned via eBay.

The topper was apparently created for the guitarist's 2001 wedding to Perla Ferrar, and was originally auctioned off by Julien's Auctions after the pair divorced in 2018. It is now being offered by eBay user Hayden Galleries as a a fixed-price "Buy It Now" listing at $3,000. Also included is a 2019 letter from the renowned auction house which certifies that it originates from the 2001 ceremony.

"We are herein stating in writing that when Perla Hudson consigned this property to Julien's Auctions, she indeed told us that the hair on the cake topper belonged to Slash."

Slash and Perla reached a divorce settlement in September 2018.

Slash kept all his guitars and any musical compositions he owns, with future proceeds belonging to the rocker. He also got a 2011 Ford F-150 and the Beverly Hills house. Perla got the house in Los Angeles, a 2014 Range Rover, a 2015 Mercedes AMG and a 2015 Mercedes GL 450.

Perla got primary physical custody of sons London and Cash, and each child will get .09% of Slash's income for the next 20 years.

The couple reportedly did not sign a prenuptial agreement when they married in 2001, meaning that Ferrar would be entitled to half of Slash's income from 2001 to 2014.

She would not, however, be entitled to any of Slash's share of the reported half a billion dollars and counting that the current GUNS N' ROSES reunion tour has raked in.

Back in 2016, Slash claimed that he and Perla were never properly married because Perla's one-month marriage to Carlos Marty in 1993 didn't actually end as divorce documents weren't properly filed. The mistake was uncovered when Slash and Perla applied for dual citizenship for their son Cash.

Perla claimed the couple then hired a real lawyer in 2009 and a judge finalized her divorce from Carlos, making it retroactive to 1994.

GUNS N' ROSES' "Not In This Lifetime" trek, which reunited Slash, Axl Rose and Duff McKagan, launched in 2016. 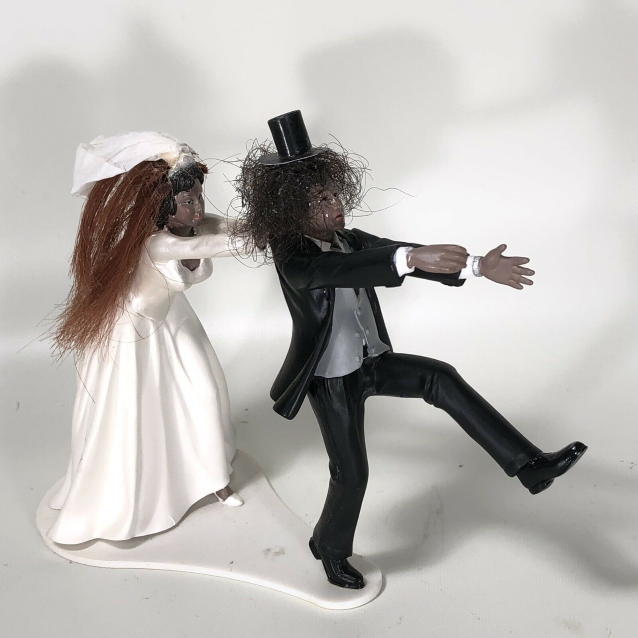