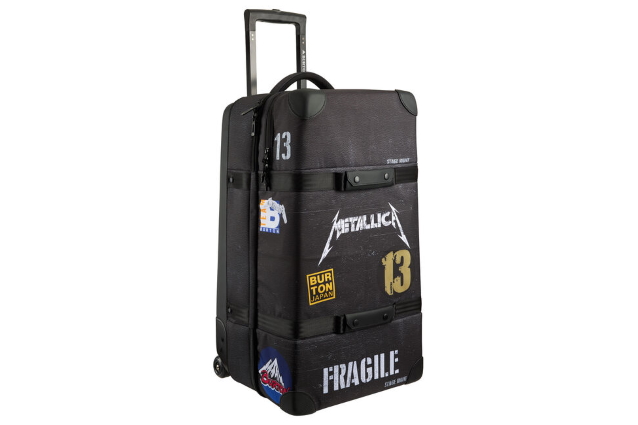 METALLICA has teamed up with Burton, the world's leading snowboard manufacturer, to create a capsule collection. The assortment includes t-shirts, jackets, snowboards, beanies, backpacks, a Wheelie Double Deck travel bag built to look like a road case and other accessories, all with a retail price of between $50 and $600.

In 1977, Jake Burton Carpenter founded Burton Snowboards out of his Vermont barn and dedicated the rest of his life to snowboarding. Since its founding, Burton has played a pivotal role in growing snowboarding from a backyard hobby to a world-class sport by creating groundbreaking products, supporting a team of top snowboarders and pushing resorts to allow snowboarding. Today, Burton designs and manufactures industry-leading products for snowboarding and the outdoors. As a sustainability leader within the outdoor and winter sports industries, Burton is the world's first snowboard company to become a certified B Corporation. Privately held and owned by Donna Carpenter, Burton's headquarters are in Burlington, Vermont, with offices in Austria, Japan, Australia, Canada and China.

The announcement of METALLICA's collaboration with Burton comes just two days before the band is due to perform on "The Late Show With Stephen Colbert". 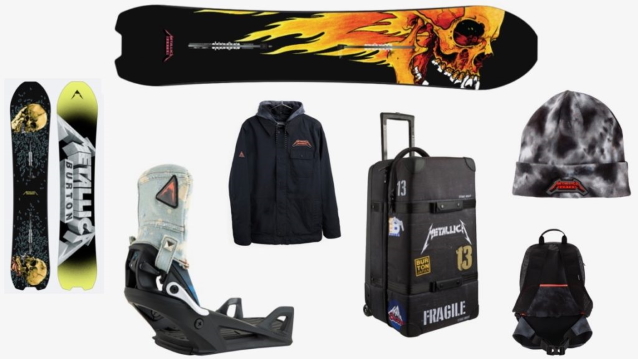