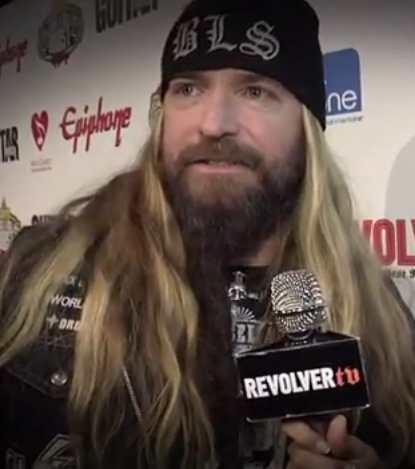 Legendary guitarist Zakk Wylde (BLACK LABEL SOCIETY, OZZY OSBOURNE) is one of a number of musicians who have come out in support of LAMB OF GOD frontman Randy Blythe, who is facing manslaughter charges in the Czech Republic.

Speaking to AOL's Noisecreep, Wylde said, "The whole thing is, [Randy is] a good dude. Nobody really knows what happened over there but Randy would never hurt a fan. A freako jumps on stage, he has every t-shirt, every record, he's a fan — one of your guys. And you never hurt one of your guys. So it just sucks all the way around and I hope he gets out soon. But look, things are changing today and we all have to be careful."

He continued, "Ever since [late PANTERA/DAMAGEPLAN guitarist] Dimebag [was murdered onstage], I start to think, fans should not get up on stage. I know with a lot of the hardcore shows and all of the 'wall-of-death' bullshit that fans want to go physical, but if you encourage that as a lead singer, you better be ready to take responsibility. We don't even throw drumsticks out anymore since someone got hit in the eye and sued. Fuck, I remember Ozzy, at an Ozzfest show in Phoenix. Some bonehead lady has like a one-year-old there. Leave the fucking kid home! Or I'll take care of the baby backstage! Just get out of the heat, you idiot! Oz sees her, feels bad for the kid because Oz is a good guy, and tosses a bottle of water down. It hits the kid. Bam! $80,000 lawsuit. So I don't know what all the answers are. But at Yankee Stadium, if you run on the field, you don't just get escorted out. You get arrested. So maybe things need to get a little more serious from security. Yeah, I know stage diving is part of the experience at certain shows — so it's a tough call — but more people will get hurt if nothing changes."