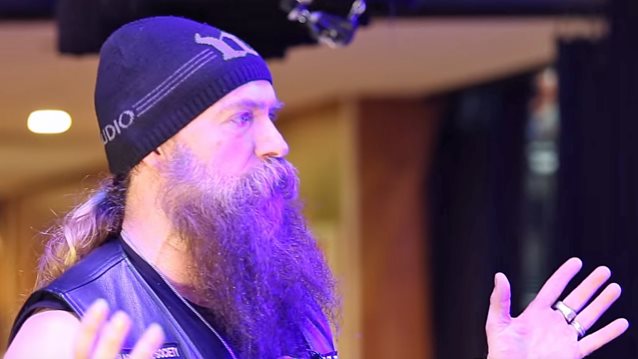 Premier Guitar's John Bohlinger hung with Zakk Wylde before soundcheck during the Nashville stop of the "Generation Axe" tour. Wylde, an intimidating muscle-bound shred monster, turned out to be perhaps the nicest guy on the planet as he humbly took Premier Guitar through his rig full of newly launched Wylde Audio wares.

The guitars Wylde tours with are the same off-the-shelf models that are available through Wylde Audio. Typically, the BLACK LABEL SOCIETY frontman hangs on to one axe through an entire set and on this particular night this Warhammer model got the call. It features a mahogany body, maple neck, ebony fretboard, Floyd Rose tremolo, and a set of Wylde's signature EMG pickups.

To continue learning about Zakk's gear, go to this location.