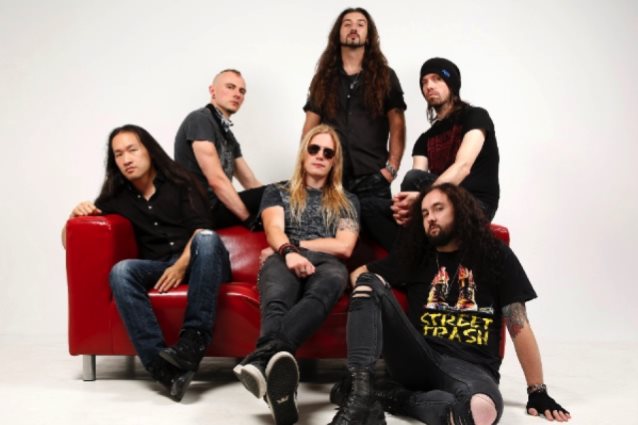 DRAGONFORCE, the Grammy-nominated power metallers, are poised to release a comprehensive career-spanning "best-of" — the first time the UK band has presented this kind of historical "chapter & verse" collection.

"Killer Elite - The Hits, The Highs, The Vids" is scheduled for a July 23 release through Spinefarm Records. The 22-track set — two hours and 30 minutes of music, featuring both studio and live material, with promo clips added to the deluxe set — fully showcases the ambition, variety and skill of the group's musical output, now taking in six studio albums; elements of thrash, speed and power metal are spread across accelerated rockers and more measured, melodic offerings.

It encompasses everything, from their biggest hit, "Through The Fire And Flames", a staple inclusion on several best-selling video games (i.e. Guitar Hero) and recently used as the basis of a U.S. mockumentary featuring the band and Oculus Rift founder Palmer Luckey through "Dawn Over A New World", a ballad harking back to the early years.

With latest recruit, singer Marc Hudson, now having two studio albums under his belt (2012's "The Power Within" and 2014's "Maximum Overload"),"Killer Elite..." is the chance for new fans to familiarize themselves with glories past and for long-standing supporters to revel in the attention to detail of a multi-format package balancing audience faves with compositions close to the collective DRAGONFORCE heart...

Guitarist Herman Li, who started the group in 1999 with fellow shredder Sam Totman, says: "The aim of this release is to give a strong flavor of everything we've recorded so far, and I like to think it shows a lot of diversity. Certainly, we tried to make it as broad-based as possible. Since Marc joined the band (replacing original frontman ZP Theart),we've actually released some of our speediest songs and some our most melodic compositions, too. DRAGONFORCE isn't just about the relentless tempos and the flashy solos; ultimately, it'd the feel of the music that counts..."

The release will be available in the following formats:

The band has also set to work on the follow-up to "Maximum Overload" at Fascination Street studios in Sweden with producer Jens Bogren; this new record is provisionally scheduled for a mid-March 2017 release with a world tour to follow. 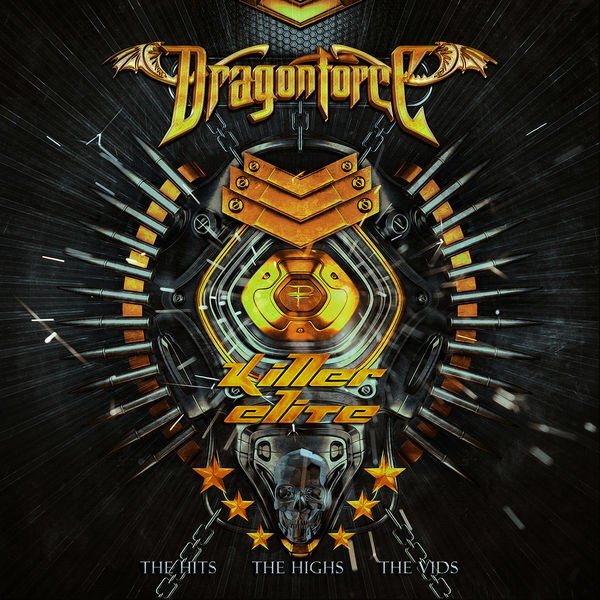