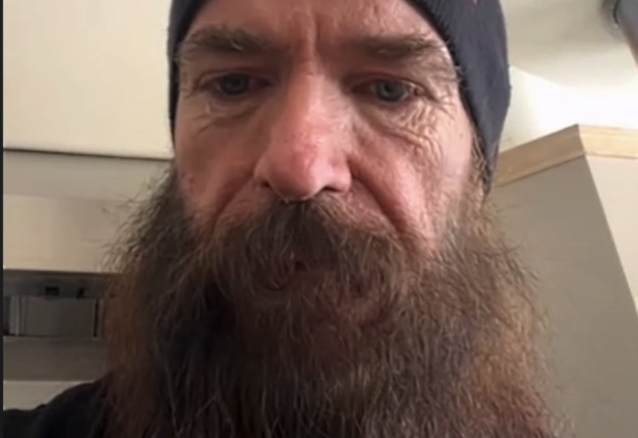 ZAKK WYLDE Says He Has Been Learning PANTERA Songs 'For A While Now', Reveals Partial Setlist For Upcoming Shows

Zakk Wylde has revealed some of the songs that PANTERA might perform at its upcoming shows.

In July, it was reported that Wylde and ANTHRAX drummer Charlie Benante, along with PANTERA's surviving members, singer Philip Anselmo and bassist Rex Brown, will tour as PANTERA, headlining a number of major festivals across North America, South America and Europe and staging some of their own headline concerts.

According to a report by Billboard, Wylde and Benante's involvement in the project has been approved by the estates of PANTERA's late co-founders, drummer Vincent "Vinnie Paul" Abbott and guitarist "Dimebag" Darrell Abbott.

Zakk discussed his participation in the PANTERA celebration tour during an appearance on "Sunday With Ola", the YouTube program hosted by Ola Englund, the Swedish guitarist, record producer and owner of Solar guitars. Regarding how his involvement in the PANTERA tribute came about, Zakk said (as transcribed by BLABBERMOUTH.NET): "There's always been talks about it, for years, especially when Vinnie was still alive. And it was just, like, well, I'll just wait till that day comes. 'If you guys decide you wanna do it, you know I'm always gonna be here for ya.' Phil called me up one night, and he was just, like, 'Zakk, I was talking with Rex. We're thinking about doing this. We were wondering if you would wanna honor Dime.' And I was, like, 'Of course, man.' How could I say no? So now, it was just, like, 'All right. Well, send me the songs for the setlist so I can start learning this stuff, man.'"

Asked if he has already started learning the PANTERA material, Zakk said: "Yeah, of course. I've been working on it for a while now. I had to get a whammy pedal. I never owned one of those things. Grady [Champion, who was Dimebag's guitar tech throughout his career with PANTERA] will probably be running that thing, the guy who ran it for Dimebag. So, yeah, I'm a proud owner of a whammy pedal now. [Laughs] And I've got my Dime guitars, the ones that actually he gave me… I've got my rig. Obviously, what Dime used that I don't use, obviously, is noise gate. Obviously, if you're gonna be doing [hums 'Cowboys From Hell' main riff]… My stuff, it's just pure lightning all the time. If I'm gonna stop, you stop. Dime would have, like, two distortion pedals on at the same time. I remember in his rig, he goes, 'Zakk, what pedals do you use?' My overdrive pedals — he had one of those things in his board. I go, 'Dime, it's probably not even panning anything 'cause you've got so much overdrive on there.' But for him, there wasn't enough gate. He loved it. And there's an art to controlling it."

As for whether there is a particular song or a solo he's especially worried about when it comes to performing it live, Zakk said: "To me, it's just like learning Randy's [Rhoads] stuff [to play with Ozzy Osbourne], whether we're doing 'Mr. Crowley' or 'I Don't Know' or anything. To me, it's fun. But whether we're playing 'Goddamn Electric', that solo's beyond… I mean, all the solos are blazing; they're all awesome. It's gonna be fun when you're playing 'Walk', and stuff like that, or 'Cowboys From Hell' or anything like that. Some of the other ones that we've got on there like… I mean, 'A New Level' and stuff like that — those are all cool. I think I may have gone on your web site, just to see 'Becoming', watching you play. Any of these things that I got stumped on, I was, like, 'What the hell was that?' I would just go, 'How to play…' and I'd go on to YouTube and just see all these other amazing players playing the stuff… For me, that's the whole thing, too — playing it with the record is one thing, but then you take the record away and it's, like, 'All right. Play it for me.' It's a guideline. It's like cover by numbers; you know where you're going. Or taking the GPS off your car. It's, like, 'All right, do you remember how to get back down to Hollywood?' You're, like, 'Zakk, I have no idea. I was following the GPS the whole time.'"

Zakk went on to say that he will be seeing the other PANTERA guys later in the month. "I'll be hooking up with the fellows," he said. "And then we just start going over everything and just go probably light pads, go over it nice and quiet, until we can start… so we start firing it up and just go full volume."