ZZ TOP: 'That Little Ol' Band From Texas' Documentary To Premiere Next Month

On August 13, "ZZ Top: That Little Ol' Band From Texas" will make its worldwide premiere at the Cinerama Dome in Hollywood, California, followed by event screenings nationwide timed to the band's "50th Anniversary Tour". On August 23, the film will be premiering at Cineplex Cinemas across Canada, and on September 1, throughout Australia's Event Cinemas national circuit.

Abramorama and Eagle Rock Entertainment present a Banger Films documentary feature film that tells the story of how three oddball teenage bluesmen — Billy Gibbons, Dusty Hill and Frank Beard — became one of the biggest, most beloved bands on the planet, all while maintaining a surrealist mystique that continues to intrigue fans and entice onlookers a half century after the band's inception. All three band members will be in attendance at the premiere, as they prepare to embark on their "50th Anniversary Tour".

"I think even our most steadfast fans will find themselves surprised by what they learn about those men behind the beards and cheap sunglasses," Gibbons said of "That Little Ol' Band From Texas". "There we are, up there on the silver screen and it's something we're delighted to share with fans of all stripes."

Buoyed by candid band interviews, never-before-seen archive, animation, celebrity fan testimonials from Billy Bob Thornton and QUEENS OF THE STONE AGE frontman Josh Homme and an intimate performance at the oldest dance hall in Texas, historic Gruene Hall in New Braunfels, that was shot exclusively for the film, "That Little Ol' Band From Texas" runs the gamut, from the absurd to the poignant, from squalid bars to MTV heroics, all in celebration of this notoriously private but larger-than-life power trio. In the end, the film unravels the extraordinary tale of a band whose image we know, but whose story we don't.

Abramorama's Richard Abramowitz (CEO) and Evan Saxon (head of West Coast acquisitions and business development) said: "ZZ TOP always seemed larger than life and are one of the most iconic bands to hit the stage. They belong on the big screen! We are proud to be collaborating with our colleagues at Eagle Rock Entertainment, Banger Films and Suretone Management to bring the story of these sharp dressed men to fans around the world."

"That Little Ol' Band From Texas" director Sam Dunn is an award-winning documentary filmmaker and the co-founder of Banger Films. Producer and Banger Films co-founder Scot McFadyen has been with Dunn every step of the way, growing their company into one of the world's best-known music documentary operations.

On August 16, three days after the film's premiere, ZZ TOP embarks on its "50th Anniversary Tour" at Sunlight Supply Amphitheatre in Ridgefield, Washington. Billy, Dusty and Frank will zig zag the North American continent playing more than 30 dates, with CHEAP TRICK as main support for the majority of the engagements. Theatrical engagements of "That Little Ol' Band From Texas" in and near these markets have been arranged by Abramorama, the global theatrical distribution and rights management company behind such releases as "Jimi Hendrix Electric Church", "Stevie Nicks In Your Dreams", "Ed Sheerhan Songwriter", "Bang: The Bert Berns Story", "Clive Davis The Soundtrack Of Our Lives", "Green Day: Heart Like A Hand Grenade", "Kurt Cobain Montage Of Heck" and many other critically lauded and commercially successful music related titles. 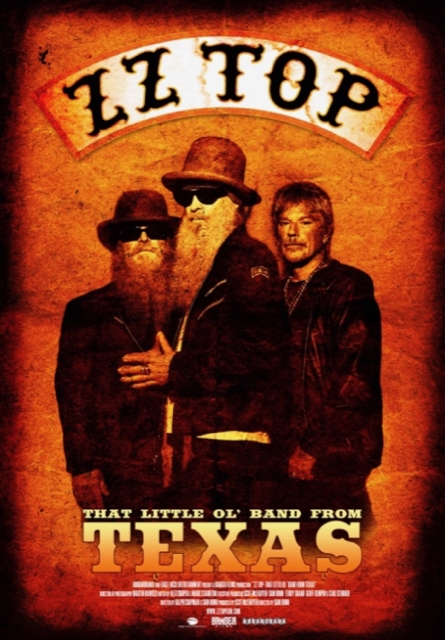