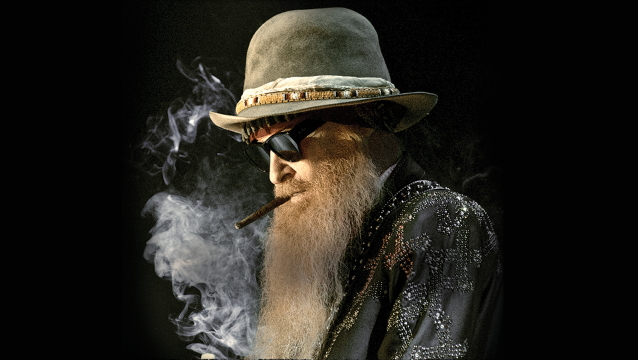 ZZ TOP's Billy Gibbons has announced the renewal of his livewire solo band, to appear at select European venues late spring and early summer of 2023. The trio is headed by Gibbons on guitar and vocals, with drummer Matt Sorum (THE CULT, GUNS N' ROSES, VELVET REVOLVER) and lefty guitarist Austin Hanks, who has worked with Gibbons previously, providing the heavy bottom and rhythm for the ensemble.

The new tour brings Billy and company to 12 countries with 20 performance dates during the four-week span starting June 10 in Sölvesborg, Sweden.

When one thinks of the most influential rock musicians on the planet, Gibbons is a name that should come to the forefront of any such list. Before becoming one of rock's most recognizable figures, Billy and his first band MOVING SIDEWALKS gained recognition by opening up for THE JIMI HENDRIX EXPERIENCE on their first-ever headline tour. On that tour, Jimi himself taught a 17-year-old Billy how to play the opening lick to "Foxy Lady", a story that he recounts onstage to this very day. In 1969, Billy met bassist Dusty Hill and drummer Frank Beard to form the classic lineup of boogie and blues rock mainstays ZZ TOP. ZZ TOP released "ZZ Top's First Album" in 1971. The albums that followed, "Rio Grande Mud" (1972) and "Tres Hombres" (1973),along with extensive touring, solidified the group's reputation as a hard-rocking power trio. In the 1980s, ZZ TOP released their three biggest-selling albums: "Eliminator" (1983),"Afterburner" (1985) and "Recycler" (1990). The band found great success through the ever-shifting landscape of music by embracing emerging styles of the times, incorporating elements of synth-rock, punk, and new wave into their newer material. The group not only secured six No. 1 singles, but also won countless MTV Music Video Awards for songs like "Legs" and "Sharp Dressed Man". Gibbons was ranked at number 32 on the 2011 Rolling Stone list of the "100 Greatest Guitarists Of All Time". ZZ TOP was inducted into the Rock And Roll Hall Of Fame in 2004.

Aside from his work in ZZ TOP, Gibbons has collaborated with a slew of rock and blues heavyweights, including QUEENS OF THE STONE AGE, Buddy Guy, Jimmie Vaughan and Jack White. His latest solo album "Hardware" (2021) is out now via Concord Records. 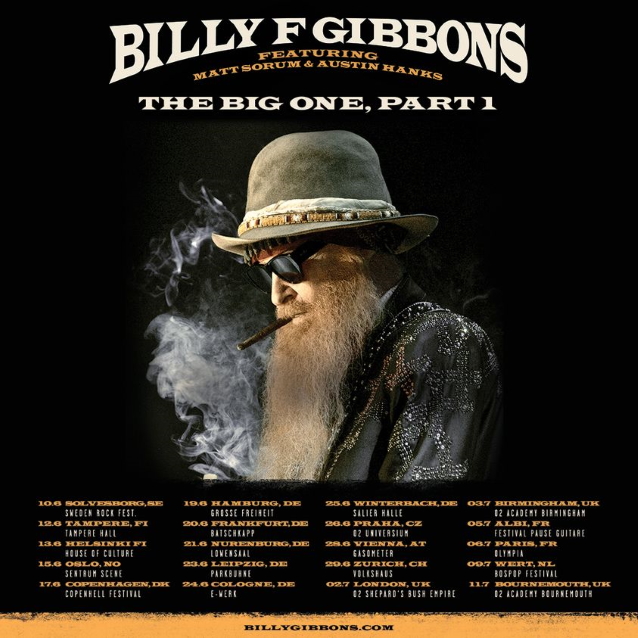