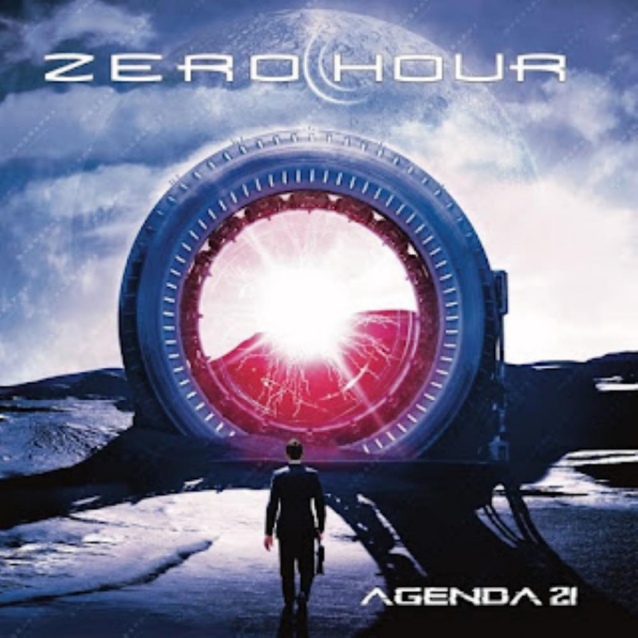 For those who worship at the altar of shiny, virtuoso progressive metal, ZERO HOUR will be more than familiar. For the uninitiated, the Californians — led by brothers Jasun and Troy Tipton (guitar and bass respectively) — began in 1993 and spent the next 15 years building up an imperious catalogue of albums, all showcasing a highly individual strain of adventurous, melodic metal and, of course, fearsome chops. The band's 2008 album "Dark Deceiver" was arguably their finest work to date, but the story fizzled to a period point when Troy Tipton sustained nerve injuries that have since made it impossible for him to perform material of such a highly demanding nature. 14 years later, after initially feeling that he could not imagine continuing without his brother, Jasun Tipton has finally allowed himself the indulgence of a new ZERO HOUR record, and prog metal connoisseurs should, in theory, be rejoicing.

Irrespective of whether you have listened to ZERO HOUR before, "Agenda 21" declares itself to be a resolutely classy affair. The musicianship on display throughout is extraordinary, as you might imagine, but the real revelation here is how Jasun Tipton has resurrected his band's trademark sound and upgraded it for the modern era. In contrast with the bleak and brutal "Dark Deceiver", this is an album that feels spacious, open and full of wide-eyed optimism. The opening "Democide" has its brutal moments, but there is a natural elegance to its 14-minute labyrinth of riffs; vocalist Erik Rosvold's melodies — both vocal and otherwise — have grown more measured and less frantic over time, too. The end result is a beautifully paced and dynamic record, full of mesmerizing playing and audacious complexity, but eminently (and perhaps accidentally) more accessible than any previous record. In particular, "Technocracy" and "Memento Mori" are immaculate salutes to the pristine prog metal pioneering of QUEENSRŸCHE and FATES WARNING, albeit still skewed left-ward by Jasun Tipton's great imagination. The title track is similarly gripping: a classic prog metal melody, tethered to a shape-shifting labyrinth of riffs and disquieting detours.

Not just firmly in the spirit of ZERO HOUR's first chapter but bigger, bolder and more ambitious than ever before, "Agenda 21" is everything it deserved to be. Whether the band will receive some long overdue recognition is open to debate, but Jasun Tipton has brought his alma mater back to life with intelligence and great creativity. If you like some dazzling technique with your tumultuous, life-affirming heaviness, this needs to be in your ears.